Amnesty International Slovensko has highlighted irregular facts in the ministry’s annual report on the export of arms. 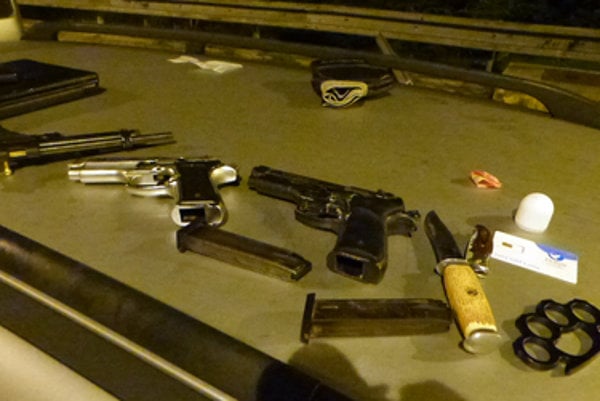 The Amnesty International Slovensko watchdog has drawn attention to what it considers irregularities in the annual report of the Slovak Economy Ministry on the export of arms from the Slovak Republic, the Plus Jeden Deň tabloid daily wrote on August 18.

The non-governmental organisation’s stance further reads that the economic department in its annual report states the year when the export license was granted but not when the arms were actually exported. Thus, the report does not offer an accurate image of the real value of defence industry products being exported.

The NGO specifically points to the case of Saudi Arabia but adds, as cited by the SITA newswire, that it involves all countries recorded. According to the report, Slovakia exported no arms to Saudi Arabia in 2016 but according to the data Slovakia published in reports in line with the Arms Trade Treaty of the United Nations, the country exported mortars, rocket launchers, heavy machine guns and machine guns.

The watchdog calls – as quoted by SITA – on the ministry to stop this misleading practice and for the state to adopt the legal norm stipulating what methodology should be applied – which would comply with requirements of the UN Arms Trade Treaty and give specific real information on arms and guns, their transfers, end users and also on the date when a license was granted.

The interpretation of the AIS is absolutely mistaken, the Economy Ministry reacted for the daily. It refutes the notion that it has been misleading, and notes that they have given all relevant data to the AIS.

“Despite repeated communication, Amnesty International representatives seem to have no interest in understanding the issue and especially the methodology of data processing and the data that concerns arms exports,” the Economy Ministry writes, as quoted by SITA. The department also stressed that they make public all data and real information on arms exports.