The Slovak government wants to ensure the station meets the demands of the 21st century. 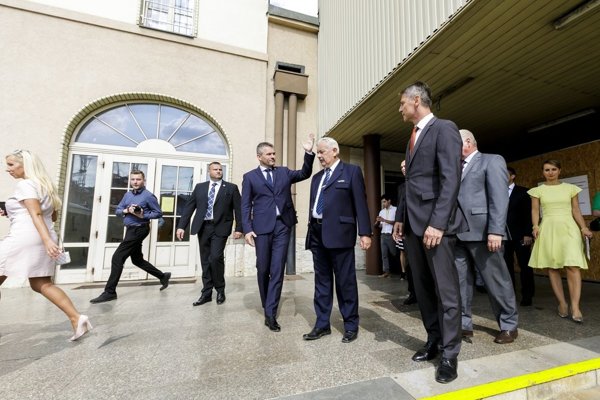 The government will reserve €2.8 million for the renovation of Bratislava’s main railway station, Prime Minister Peter Pellegrini said on August 28. He added, as quoted by the TASR newswire, that he has agreed on this measure with Finance Minister Peter Kažimír and Transport Minister Árpád Érsek.

The cabinet would like to see the work completed before May 2019, when the Ice Hockey World Championship is due to take place in Slovakia.

Pellegrini also said that the allocated money will be used by state-run rail operator ŽSR for reconstructing its infrastructure.

“This will unburden its [ŽSR’s] own budget and make it possible to invest the same amount of money in reconstructing the main railway station,” the PM said, as cited by TASR, adding that the allocation of additional money is possible thanks to the fact that the Slovak economy is doing well.

ZSR wants to use the money to renew the facades, lighting as well as the interior of the station. “This station deserves renovation, so that it will meet the demands of the 21st century,” said ŽSR general director Martin Erdossy, adding that some of the work has already begun.

Pellegrini agreed with him. “This station has been criticised for its condition for many years,” he noted. “It’s been marked by long-term disputes among people who wanted to revitalise this area, but that hasn’t happened yet”.

The prime minister denied claims – according to the newswire – that the government decided to reserve the money for reconstructing the Bratislava station due to the upcoming local elections, which will take place in November.