Ján Lakatoš is one of the first graduates of the program for Roma willing to study economics. 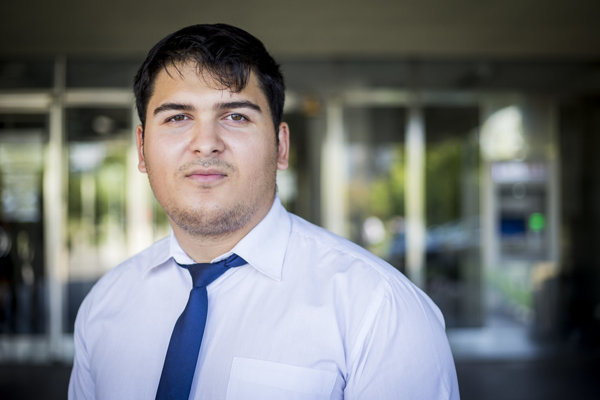 It is 8:00 and 22-year-old Ján Lakatoš is sitting on a bench in blue trousers, shirt and tie. He takes his blazer off as it is unbearably warm in the non-air-conditioned corridor of the University of Economics. He is typing something on a mobile phone and then looks at his notes.

If someone had told him eleven years ago that he would be defending his bachelor thesis at Bratislava University, he would probably not have believed it. But courage and some happy circumstances helped him to reach the final semester.

As a child, he attended a segregated Roma class at the elementary school in the town of Hurbanovo, south-western Slovakia, where he lives. While white children were studying in normal classes, Roma students from grades 5 to 9 were squeezed into one room. 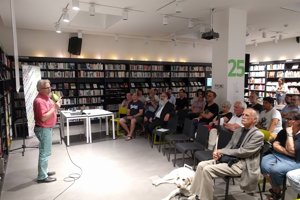 Read also:How does it feel to belong to a minority in Slovakia? Read more

When he was about to go to the sixth grade, the school dissolved the Roma class, and then he started studying with the children of majority. He experienced discrimination right on the first day.

"I will never forget the first sentence of my new classmate, who cried out in disgust: now the Roma will attend classes with us," Lakatoš told The Slovak Spectator.

"Do not study so much, it makes me nervous," says Lakatoš's classmate while waiting for the bachelor's defence. They had to come at 8:00 in the morning, although they had to wait for another group of classmates trying to pass exams before the commission.

Later another group of students joined Lakatoš and his nervous classmate. They were all bored, and instead of preparing for their defence they started to discuss common issues. The discussion soon turned to new smart phones and applications.