Drivers face tailbacks, again - D1 will be rebuilt near Bratislava

The work on Triblavina highway junction has been renewed. 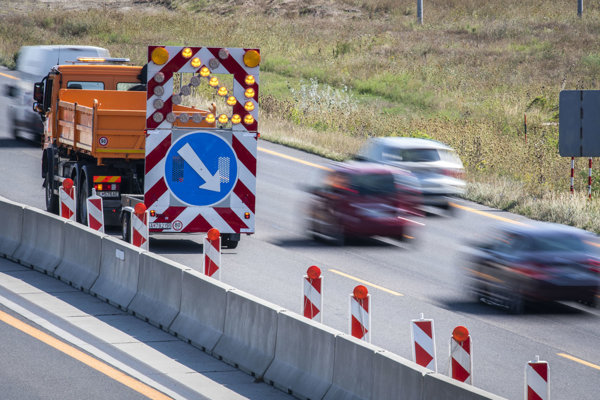 First, a slowdown from 110 kilometres an hour to 100, then to 80, and afterwards – within a short distance – to 60. This is how the drive on D1 highway just outside Bratislava, in the direction of Trnava, looks.

Despite traffic limitations on this section, collisions may occur.

When driving on this part of highway, the Sme daily noticed that some drivers did not notice the new road signs, and drove in both lanes, or switched from one lane to another without any warning.

Builders from the Porr company, together with the National Highway Company, renewed the construction of a big highway junction Triblavina, lying about three kilometres behind the capital, in mid-August. 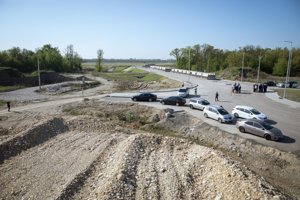 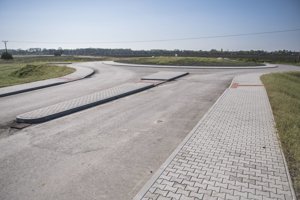 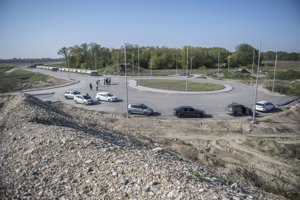 “In September, we expect regular delays in the direction away from Bratislava already from early morning hours,” says head of the traffic service Stella Centrum Viliam Brtáň. “In the opposite direction, the traffic will become more complicated – logically – in the afternoons and especially late afternoons.”

Apart from Triblavina, another big junction should be built on the highway, which will intersect the highway ring-road leading from Jarovce to Rača. Moreover, the highway will be broadened to Senec from a six-lane one to an eight-lane road.

What are the limitations?

These traffic limitations will be carried out on one of the most-used highway sections in the country. On the Bratislava-Senec section, more than 37,000 vehicles daily pass on average, while during holidays, this number is around one-third bigger. Highway traffic limitations started several weeks ago, and shall last until November. Cars heading from Bratislava to Trnava must now make an S-turn to the left, right before the junction construction. Orange-coloured horizontal road signs instruct them to do so.