Kiska: SNP should not be celebrated only once a year

Thousands of people came to Banská Bystrica to remember the message of the Slovak National Uprising. 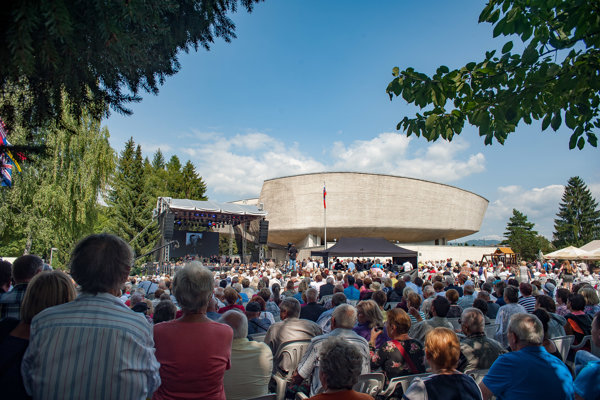 About 10,000 people attended the two-day commemoration of the Slovak National Uprising (SNP), organised at the SNP Museum in Banská Bystrica.

The museum wants to remember this historical moment, with the aim of addressing the young generation and why the SNP, which started on August 29, 1944, has an important place in Slovak history, the TASR newswire reported.

“It turned out well,” said Stanislav Mičev, head of the SNP Museum, as quoted by TASR. “We’ve received many positive responses directly from visitors and from people on social networks.”

Apparent peace, personal comfort, the unwillingness to face unpleasant truths and a false unity cannot be a reason for trying to justify injustice and the arbitrariness of power towards people, minorities and individuals. This is the real legacy of SNP that we should cherish not only with ceremonial speeches once a year at memorials, but our everyday service to Slovakia’s people, said President Andrej Kiska during the central celebrations of SNP anniversary.

“Seventy-four years ago, brave men and women in Slovakia joined the fight of the civilised world against fascist and Nazi ideology,” Kiska said, as quoted by TASR. “They decided to fight against a regime that did not hesitate to send its own people to die in concentration camps. These men and women stood against the ruling power that turned into a puppet willing to abuse and humiliate Slovakia. They revolted against the state to save the future of their country and people living in it." 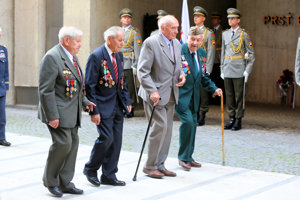 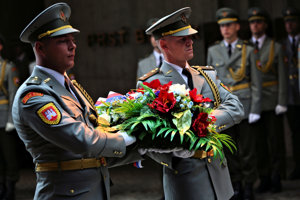 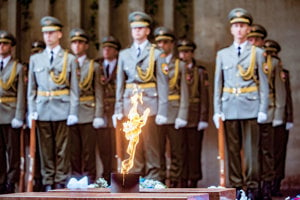 Moreover, with SNP the country claimed allegiance to civilised, democratic and cultural Europe, which “rejected and eventually defeated the ideology of evil”.

“The uprising was a turning point in our history that unites the personal stories of great courage, the willingness to bear hardship and the determination to fight for the right thing,” Kiska added, as quoted by TASR.

The president thanked the participants in the uprising and their families, as well as the representatives of the countries who fought alongside Slovaks during the uprising.

“You are offended by people who don’t know what happened in 1944,” Pellegrini said in his speech, as quoted by TASR. “They want to re-evaluate history, but we’ll never allow this to happen. We will defend the freedom you won for us.”

In this respect, he thanked the inhabitants of the Banská Bystrica Region for not allowing the extremists to return to the official authorities after last year’s regional elections. He called it a small SNP, as reported by TASR. 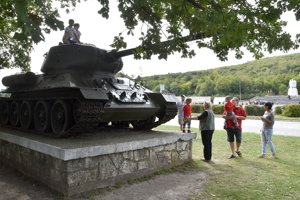 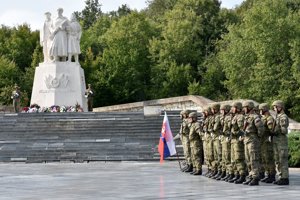 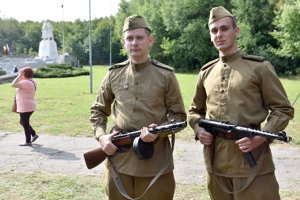 Plans for next year

Since next year Slovakia will commemorate the 75th anniversary of SNP, the museum in Banská Bystrica plans to organise four-day celebrations. Part of it will be several accompanying events and attractions like the camps of military history clubs, said Mičev.

He has also addressed Foreign Affairs Minister Miroslav Lajčák, asking him to secure the participation of top representatives of the countries that were allies during World War II, as well as Germany.

“I think that after 75 years we can also invite the Germans,” Mičev said, as quoted by TASR. “I would be glad if they came, together with other representatives of the European Union.”