Slovakia widens competencies of Slovak soldiers in Bosnia and Herzegovina

The decision was adopted during the non-formal meeting of Defence Ministries. 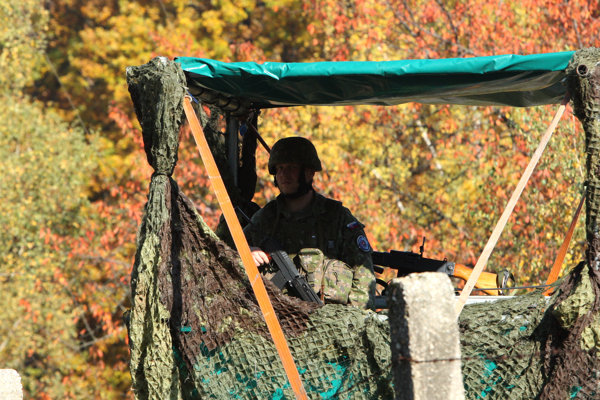 Slovakia plans to strengthen its eligibilities in the foreign military mission EUFOR Althea in Bosnia and Herzegovina.

As a result, the Slovak Armed Forces will not send more soldiers to the area but the fields where the soldiers work will be widened. Slovak soldiers will take part in exploration and report activities. They have worked in EUFOR Althea in Bosnia and Herzegovina since the establishment of the mission in 2004.

The Defence Ministers of the EU member countries met in Vienna to negotiate issues of illegal migration to Europe and the project of Permanent Structured Cooperation called PESCO.

“The EUFOR Althea operation has a significant meaning when it comes to the stabilisation of the western Balkans,” said Defence Minister Peter Gajdoš (SNS), as quoted by the SITA newswire, adding that he is glad that Slovakia has participated from the beginning.

The ministers discussed project PESCO. The Slovak artillery support project “EuroArtillery” belongs to the first phase of the project realisation. Ministers also talked about the European Peace Tool, the aim of which is the common financing of the military and peace operations of the EU and the construction of the common defence capacities of member countries.

Besides that, the head of defence planning talked about the implementation of a Coordinated Annual Review on Defence (CARD). This is a tool to identify a lack of defence capabilities and to search for ways to remove the shortage via common cooperation, SITA reported.

The ministers also negotiated the future of the Sophia operation related to the reallocation of migrants saved in the waters of the Mediterranean Sea. The Slovak delegation recognised the role of this operation in increasing safety in the central Mediterranean area as well as its contribution to the fight against illegal migration, as reported by SITA.

Gajdoš, however, stressed that when considering the question of migrant reallocation, it is necessary to keep to the voluntary principle.