Around 20 supporters of the extremist ĽSNS party tried to disrupt the parade but police and organisers formed a human chain to prevent a conflict. 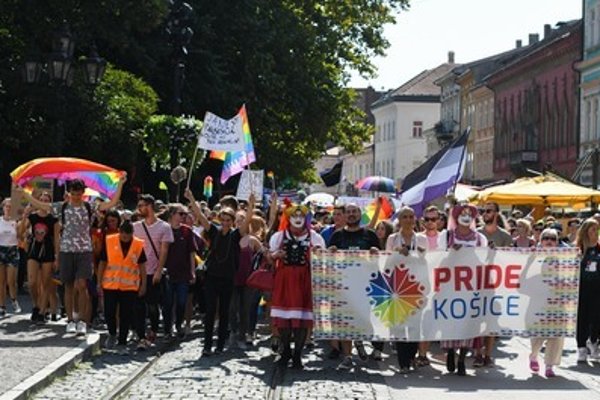 In the historical centre of the eastern-Slovak metropolis, around 20 members and followers of the extreme-right ĽSNS party started shouting, "Shame, A Man and A Woman Are A Family,” but nothing other than verbal attacks appeared, the SITA newswire wrote. 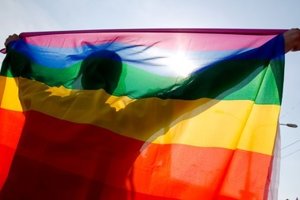 Police officers and organisers immediately formed a human chain to prevent a conflict, the Sme daily wrote, adding that no clashes were reported during the march.

A whole week of events

The parade and the afternoon festival were the culmination of a week of activities – around 20 – of the LGBTI community in Košice, including an ecumenical event at Tabačka Kulturfabrik on Sunday, September 2. 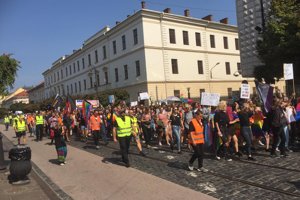 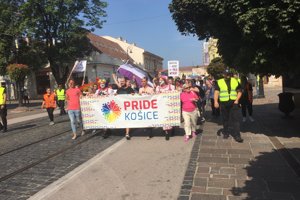 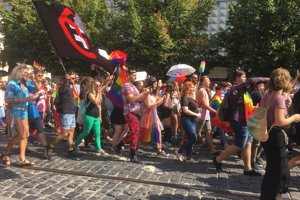 “The main goal of this parade and the sixth year of PRIDE Košice is to make the LGBTI community living in eastern Slovakia visible and to create a space where people can freely enjoy their identity in public and experience some kind of self-acceptance, joy and pride,” head of the festival, Robert Furiel, told SITA, adding that the LGBTI community still face intolerance and discrimination, even in Košice – the second biggest city in Slovakia.

Although called a city of tolerance, there is a lot to improve in Košice, Furiel summed up. He also noted that the local LGBTI community does not just organise PRIDE Košice but also a host of other community events all year round. A community and consultancy centre is also slated to open there.