Want to share a governmental limousine with the transport minister?

The Transport Ministry is launching a campaign to reduce the number of cars on roads. 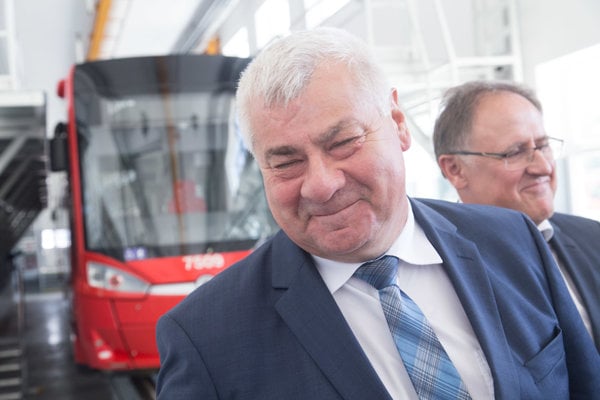 Transport Minister Árpád Érsek (Most-Híd), whose ministry is launching a new campaign to reduce the number of cars on the road, is leading by example. Those who join the campaign and take a picture of themselves using alternative means of transport will get a chance to travel to work with the transport minister. The minister himself commutes daily to Bratislava from Šamorín, about 24 km away from Bratislava.

“The Transport Ministry is taking several steps to support public passenger transport with particular attention to rail transport,” said Érsek, as cited by the TASR newswire. “However, supporting people who travel to work on a daily basis is of key importance, and that’s why I decided to lead by example and motivate people to travel to work differently, showing them that everyone can fight traffic jams.” 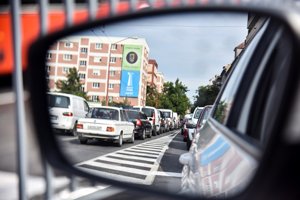 Read also:Bratislava experienced traffic jams and tailbacks during the first day back at school Read more

The Transport and Construction Ministry is launching a campaign aimed at reducing the number of cars on the roads called #ideminak (I’m using an alternative way of travelling) as of Monday.

Anyone who uses any alternative to passenger transport with only one person in a car when travelling to work can join the campaign as of September. In addition to shared travel, they can use trains, buses, bikes, etc.

“It’s enough if everyone who joins the campaign takes a picture of himself/herself and posts it on a social network with the label of the Transport Ministry and #ideminak,” said the ministry’s spokesperson, Karolína Ducká. “In addition to supporting a good cause, some of them will have the chance to travel to work with the transport minister.”

If half of the drivers who use the busy Prístavny Bridge travel with two other people instead of travelling alone, the number of cars on this busiest road section would go down by more than 26,000 from the current 80,058.