Unemployment rate is low maybe in Slovakia, but it does not apply to Roma community. 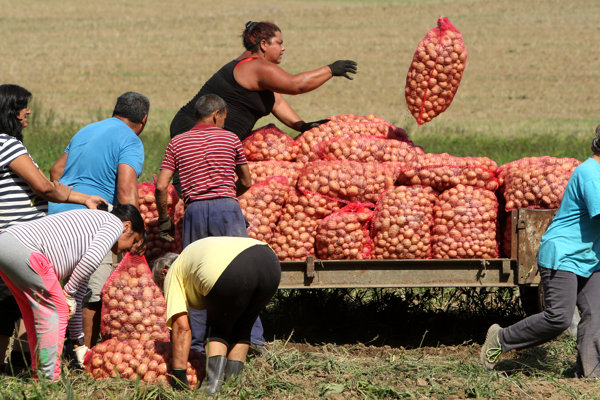 When Juraj Brecko from eastern Slovakia wanted to pave his yard, he was surprised when the head of the company he ordered asked Brecko if he did not mind that the workers are Romas. He had no problem with it.

“The work was done on time and at high quality,” wrote Brecko for the Týždeň weekly.

Brecko maybe was the one who did not hold any prejudice toward Roma working in his yard. However, that is not the usual Slovak attitude, as an analysis worked out by the Institute for Financial Policy showed recently.

“The employment rate of the Roma population is improving moderately with the positive economic development but still significantly lagging behind the majority,” is written in the analysis.

“One of the barrier is mistrust in the Romas’ ability to work,” Zuzana Kusá, a sociologist from the Slovak Academy of Sciences, told The Slovak Spectator. She mentioned common prejudice about Romas concerning work, that they are not persistent and reliable. The conviction has emerged that investing money in Romas will not pay off.

The prejudice is often on the side of co-workers who do not want to live in the same place as Romas, use the same working tools or share bathrooms. Employers often have to deal with these issues after they employ Roma.