Primary schools will get free lunches

Chairman of the ruling Smer party, Robert Fico, has promised free lunches for all pupils of primary schools and the last grades of nursery schools. 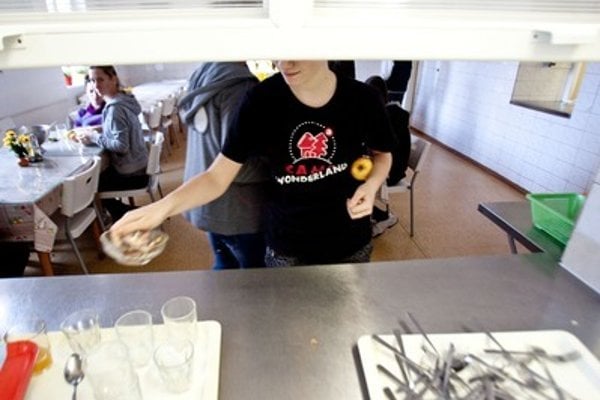 Pupils of primary schools and the last grades of nursery schools should get free lunches as of January 1, 2019, leader of the ruling Smer party and ex-prime minister, Robert Fico, informed. He added that this social measure will apply to about 516,000 children.

Each child should get €1.20 per day from the state for a meal, the TASR newswire quoted him as having said on September 4, which would be about €120 per child in a single school year. Thus, the measure will cost the state about €117 million in total.

“Children’s participation in lunches in school canteens is very poor among students of the fifth to ninth grades of primary schools, amounting to 50-60 percent,” Fico noted.

Success could make it continue

If free lunches are successful next year, the party will consider extending this measure to apply to secondary school students as well, he added.

About 381,000 pupils used the services of school canteens last year, according to Finance Minister Peter Kažimír.

“I welcome this measure, as I believe it will be effective,” said Labour Minister Ján Richter, as cited by TASR. “We’ll provide €1.20 per pupil to school founders, namely municipalities and churches. Our duty ends with this,” stated Richter.

Free meals for pupils is a typical populist move aimed at buying voters, the opposition Freedom and Solidarity (SaS) party’s MP Branislav Gröhling reacted. According to him, a well-functioning government should create a system in which “people don't have to rely on various unsystematic alms from the state.” Gröhling added that free meals for pupils is not what the Slovak education system really needs. “Most pupils and parents don’t need free meals, but they do need quality textbooks, well-equipped schools and good education for their children,” he said.