The first Slovak F-16 will first remain in the US

The final agreement with Slovakia might be signed until the end of this year, head of Lockheed Marin said in an interview. 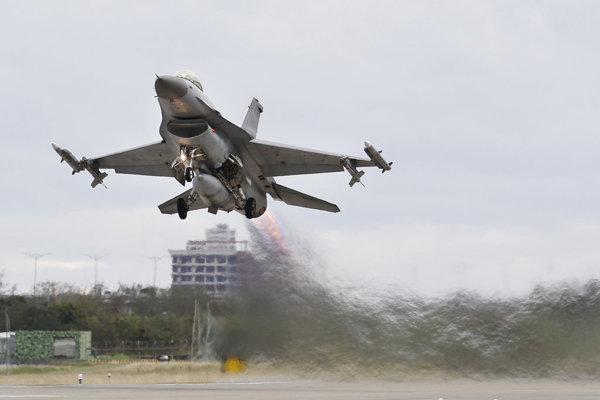 However, they will not be immediately delivered to Slovakia. For the first few months they will remain in the US since part of the Slovak pilots’ training will take place on the aircraft, the Sme daily reported.

“The first four machines will arrive in Slovakia in the first quarter of 2023,” said Orlando Carvalho, vice-president of the company Lockheed Marin, in an interview with Sme.

How long will the training take?

The training plan is for 22 pilots, which is some three pilots for two aircraft. The training will be organised by the Air Force Security Assistance Training Squadron in several locations, Carvalho said.

“We expect several experienced pilots who are currently flying MiG-29 jets in Sliač will come here,” he added for Sme. “However, for many of them this will be quite a new experience.” 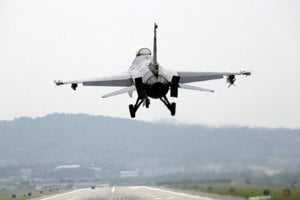 The training is quite long, with more experienced pilots undergoing it for 12-18 months. The Slovak pilots are expected to arrive in the US in the end of this year or at the beginning of the next one, Carvalho said.

At the same time, the US company also requests the preparation of technicians for the maintenance of the jet fighters. Some 140 to 160 people should undergo the preparation.

Service to be also provided by Slovaks

Part of the deal is the two-year service of the jets provided by the US between the years 2023 and 2025. When asked by Sme what will happen next, Carvalho answered that they are currently negotiating the cooperation in servicing the F-16 with the aircraft repair company Letecké Opravovne Trenčín (LOTN).

As he explained, they plan to construct the necessary facilities in Trenčín between the years 2020-2025 so that it will be capable of taking over the activities.

In the long-term, the jets will have to receive some components, hydraulics, electronics and training. This is why there is a plan to sign a deal with LOTN, which will have access to the engineers in the US in case of any problems, Carvalho specified.

Meanwhile, Lockheed Marin is in negotiations with other Slovak companies that could participate in servicing the F-16s. 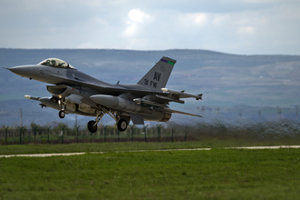 Agreement to be signed by the end of the year

Carvalho appreciated the negotiations with the Slovaks, claiming that the Defence Ministry and its analysis of the offers was really thorough.

Slovakia still has not signed the purchase agreement since the details are still being discussed. Among other things they are trying to reach an agreement on the instalment calendar for which the approval of the Finance Ministry is necessary, Carvalho said.

He expects that the agreement will be reached soon. The necessary documents are expected to be signed in November, or by the end of the year, he added for Sme.