Vavrinec, the stork with a walkie-talkie, is in Asia

The stork is following his migration route to Africa. 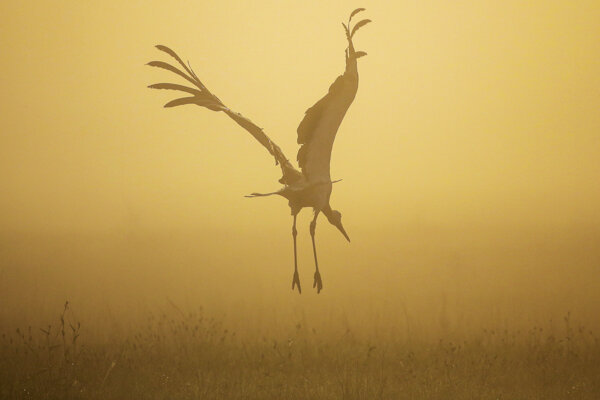 Vavrinec the stork has moved us closer to an understanding of migration routes thanks to a solar-powered walkie-talkie attached to its back.

His story started on August 10th when the injured Vavrinec was accepted by the TANAP (Tatra National Park) administration for rehabilitation. The stork was found near Mlynčeky village unable to fly. His injury was caused by a light collision and after just one week of relaxation and hearty food, Vavrinec was able to fly again.

“Part of the Slovak stork population has started its autumn flight to Africa so it was time for Vavrinec to be returned to the wild,” said the head of the TANAP administration, as quoted by the TASR newswire.

Thanks to the support of the power plant, the stork was fitted with a walkie-talkie and has become a part of migration route research. Modern technologies allow scientists to watch Vavrinec over several seasons and learn about his migration to Africa, where he will winter and hopefully also about his return to the area under the Tatras.

The stork is currently in Asia. He flew from the Tatras through Košice, Hungary and Romania to the town of Brašov. After three days of rest and energy replenishment, he flew over the Carpathian arc which takes about two hours. During this flight he ascended to an altitude of 2,320 metres. He took another break near the Romanian capital and is continuing around Burgas in Bulgaria towards the European part of Turkey.