The new Spolu (Together) party also fell in popularity. 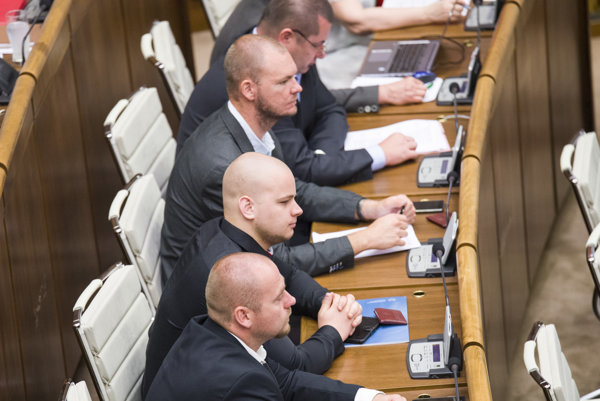 A recent poll conducted by the AKO agency suggests that if a parliamentary election took place during the break between August/September, the ruling Smer party would win with 21.2 percent of the vote.

Compared to August, Smer hardly lost ground at all, although the scandal surrounding Slovakia’s involvement with the abduction of Vietnamese businessman Trinh Xuan Thanh has still not died down.

The ruling party is followed in popularity by the opposition Freedom and Solidarity (Sas) on 16 percent, up from August's figure of 15.7 percent, the Sme daily wrote on September 7. The third most popular party would be the coalition Slovak National Party (SNS), with 10.9 percent of the respondents’ votes.

The Sme Rodina (We Are Family) movement, an opposition party, polled 9.5 percent, and Ordinary People and Independent Personalities (OĽaNO) also in opposition, would receive 9.4 percent.

Only parties with 5 percent or more make it to parliament

Compared to last month, the share of the vote that would go to the extremist People’s Party Our Slovakia (ĽSNS) fell. In August, they polled 10.9 percent which has fallen to 8.6 percent according to this most recent poll.

The now, non-parliamentary Christian-Democratic Movement (KDH) would expect to return to parliament with 7.6 percent of those polled, as would the junior coalition Most-Híd party with 6.3 percent.

The new party, Progresívne Slovensko (Progressive Slovakia) has improved slightly, improving their share from 4.1 percent in August to the current 4.6 percent, according to Sme.

Another new party, Spolu/Together, fell by one percentage point with 2.3 percent of people casting a vote in their favour at the beginning of September, while in August, the figure stood at 3.3 percent.