The statute has been taken for repair. 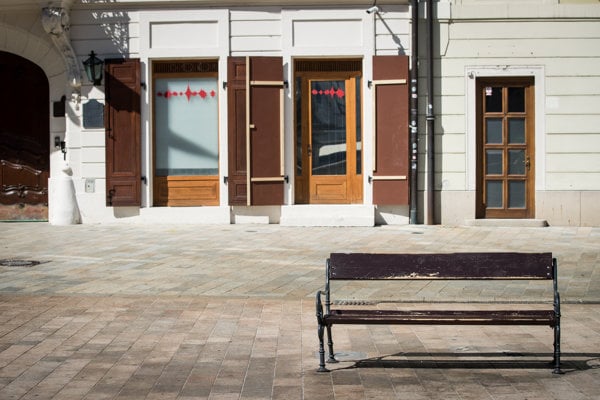 Unknown vandals on the night of Friday and Saturday levered out and tore down a bronze statue of a Napoleonic soldier, a popular photo-op for tourists on Bratislava’s Main Square in front of the French Embassy.

The city police on Saturday morning secured the crime scene and informed the Old Town local authority, which subsequently took the statue away for repair.

Another display of vandalism in Slovakia’s capital also made headlines this past weekend, as several bicycles owned by a bike-sharing scheme were obviously intentionally damaged within a few hours of the service being launched in Bratislava on Friday.

Also damaged in the past

The statue is a work by Juraj Meliš and was unveiled along with the statues of Čumil and Schöne Náci in 1997 on the occasion of the opening of the pedestrian zone of the Old Town’s centre. 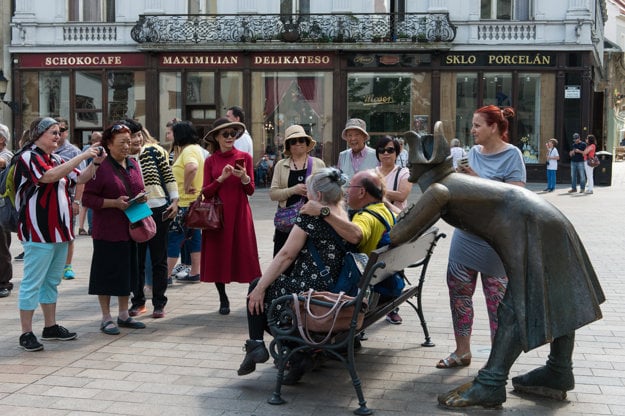 Tourists like to have their photo taken with the Napoleonic soldier. (Source: Jana Liptáková)

The soldier was also subject to repairs in 2013.

“The statue itself was not damaged,” the then Old Town mayor Tatiana Rosová, said in mid September 2013. “But we had to repair the bench which it leans on and we also attached the statue in a way that it should resist any potential attack by vandals.”

Other popular Old Town attractions have been damaged over the past years too. The brass compass embedded in the walkway beneath the arch of Michael’s gate called “Kilometrovník” was stolen and had to be replaced with a new one. Čumil, the statue of the worker peaking out of the sewer on Laurinská Street, was also damaged.