Slovaks’ standard of living is improving, but not financial planning

A recent survey shows Slovaks are now better off but they say they have no money to spare. In fact, a poor financial lifestyle and awareness are behind this. 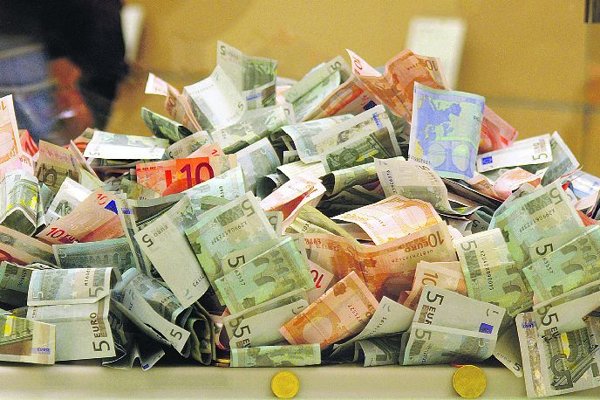 Since last year, citizens of Slovakia have been confirming that they are better off. More than one-third of them are satisfied with their standard of living and many expect further improvement, the SITA newswire wrote, citing a recent survey by the Partners Foundation and the Focus polling agency.

The standard of living is improving for Slovaks, which is evidenced by surveys from recent years as well as macroeconomic data, Maroš Ovčarik of the Financial Compass project told a news conference on September 10.

In Slovakia, the unemployment rate has hit a historic low, real wages rising as well as savings in banks – as well as the consumption of the population, Ovčarik noted.

“Besides other things, the current extreme soar in loans shows that people have positive expectations and believe their situation will not change for the worse at least, and that in the upcoming years they will be able to repay their obligations from credits and loans,” he explained, as quoted by the TASR newswire.

… but the future is still uncertain

Although according to statistics Slovaks should be better off, in the survey they have said they have no extra money to spare. The cause for this is a poor financial lifestyle, SITA summed up.

Half of Slovaks will only save money if anything remains at the end of month, Martin Slosiarik, a social analyst of Focus, added as cited by SITA. As much as 85 percent of the people spend more than the recommended 40 percent per month for consumption.

Nearly two-thirds of Slovaks consider it normal to take a short-term loan or go to debit on a credit card.

"They enjoy the present, almost without planning for several years ahead,” Monika Remiašová of the Nadácia Partners Foundation explained for TASR.

In the financial decision, we instead think in the short term: as many as 53 percent of respondents see no sense in long-term financial planning, as one allegedly does not know what will come in a year or two – not to mention ten years, she explained.

We are "big spenders"

According to the survey, 80 percent of households – regardless of income – spend unnecessarily large amounts on common monthly spendings. Almost two-third of Slovaks buy small items to make them happy, besides regular shopping, and half of those polled save money only if something remains unspent, TASR wrote.

Slovaks have great potential to be better off. They know the basic principles of how to manage. They want to save and consider the future but they do it the wrong way.

“We like to find excuses, stick to bad financial habits, not plan, and have weak payment discipline,” Andrea Straková, financial expert of Partners Group SK, told TASR. “We are able to save but we fail to put money aside right after our salary comes in. We focus mostly on short-term financial priorities, and very little on our future. And we even perceive the future rather as a matter for our children, not our own. We do what the law requires from us; and so we care more about our car than we do about providing for ourselves or our property.”

We are unable to use apt bank or investment products, and so we get into debt by borrowing money for things we do not need acutely, and instead of a mortgage, we pay rent for accommodation, Straková added.

This representative survey of Slovakia's financial planning was carried out by Focus on a sample of 1,015 respondents aged 18 and over in June 2018.