An animal is not a thing anymore. A new law to protect the voiceless

Slovakia is one of the biggest illegal breeding sites in the EU, estimations say. 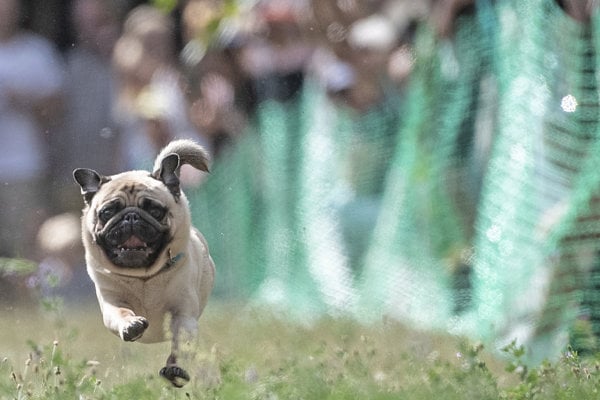 A photo of a German shepherd lying on its side with paws and snout tied with wire disgusted many people, widely shared on Facebook in the middle of August after publishing. The dog was unable to eat and drink, then two young men threw the dog down to a shaft and hurt it. They are accused of a crime and if are proven guilty, they may end up in prison from one to five years.

Many tortured animals end up in a dog shelter and its workers are unable to find the owner of the dog. This should change now, as a new law amendment has been put into force from September 1.

“An animal is not a thing anymore but a live, conscious being,” explains the press department of the Agriculture Ministry.

The law amendment stresses the care of animals, their protection and prevents illegal breeding. One of the measures is the obligatory microchipping of dogs.

“Our aim is to avoid packed shelters and return lost dogs to their owners,” explained Agriculture Minister Gabriela Matečná. Thanks to obligatory chipping and identification of their owner, they will also take action against illegal breeders.

Owners of dogs are obliged to microchip a dog in its first 12 weeks. In the case of its sale or giving to another person, it has to be microchipped before the change of owner regardless of the dog's age. The microchipping process should not cost more than €10. A private vet cannot treat an unmicrochipped dog with the exception of inevitable cases of a dog’s or human’s health.

With a chip against torture

The Sloboda Zvierat (Freedom of Animals) organisation that operates dog shelters in the capital and in other Slovak cities considers the microchipping of animals to be the first significant step toward the better control and protection of animals.