Where Europeans want to be buried

What does the place we choose to be buried in say about our identity? 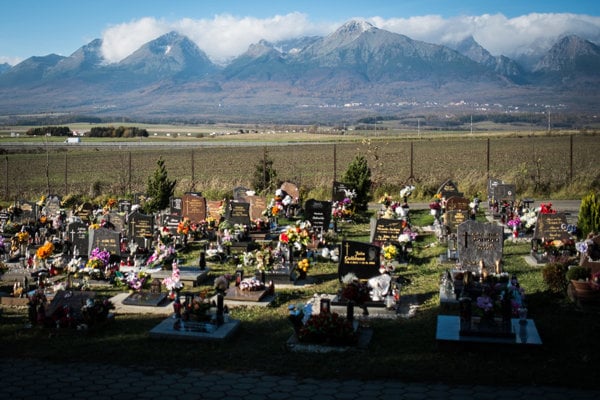 A Polish priest, a Russian visionary, a pro-European Briton, a Ukrainian living in Hungary, and a French-German politician meet and discuss where they would like to be buried. This is no joke but rather a brief description of the discussion on European identity I captured during the economic forum in the Polish town of Krynica.

By the time the question of who the true European is got into the centre of political arguments – and the tension will only escalate with the upcoming EU election – this discussion introduced something new. Death in Europe.

It is not the result of complaints and lamentations over demography – let us put ageing itself aside, and abandon the conservative, apocalyptic narrative on conflict of civilisations altogether. Compere wanted to know where the discussion’s participants would like to be buried.

The site of rest

When talking about European identity, people talk about where they were born, where they grew up or studied, or where their parents come from. Which languages they speak and to what society they belong to. Whether they feel at one with the place they live in, or whether their memories go to another place where they belong. They explain how many languages they communicate in and in which one they read or curse.

Let me put it like this: My acquaintances, a couple who moved to Bratislava from southern Slovakia, speak Hungarian at home. They talk to their daughter in this mother tongue, too, but to ensure she does not lose her Slovak, they told her that their dog only understands Slovak. Thus, they communicate with their dog – no insult intended! – only in Slovak.

For the most part, the issue of European identity is a chance to boost how well-travelled you are, how open-minded. When asked what would be the site of “the last rest”, people got embarrassed. This is said to be the way to find out where you really belong – the place where you want to lie forever.

Briton Keith Best skilfully avoided the image of lying. “I would like to be cremated and dispersed in international waters,” he said. The idea of death in fact results in him talking about Brexit. Today, it seems truly every talk with a Briton ultimately leads to Brexit.

Best claims that since the referendum on the UK leaving the European Union, the demography has changed. Some of those who voted for Brexit have already made it beyond the Great Divide. Thus, he wishes for another vote which would turn the result around for the young who voted, in a strong majority, for staying in the EU. For the older generation, there was a sense that the EU was keeping peace, he explained, adding that the young already enjoy the Union in a different way – they want a common market, cheap calls, and travelling. They need to find their own reason for why it would be worthwhile.