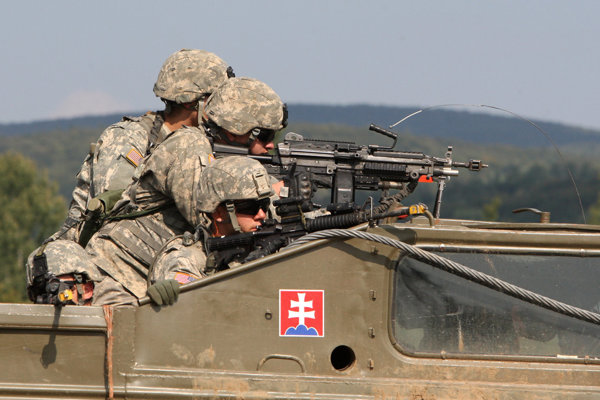 Almost 1,500 Slovak soldiers and members of the foreign Armed Forces are participating in this year’s international military exercise Slovak Shield 2018. The exercise takes place in Lešť from September 14-28.

Slovak Shield 2018 is one of the biggest military exercises in central Europe. Soldiers from the V4 countries with members of the Indiana National Guard and ground forces of the US in Europe.

The aim of the exercise is to prepare for current security threats. Spokesperson of the Defence Ministry, Danka Capáková, speaks about practising tactical-operational abilities and skills at all levels of command and management.

Besides a training centre in Lešť, exercises will take place in the simulation centre of Armed Forces Academy of General Milan Rastislav Štefánik in Liptovský Mikuláš. Slovakia is hosting foreign partners at the exercise for the fourth time.