Some nuclear blocks temporarily out of operation

Several repairs and checks are expected to be carried out. 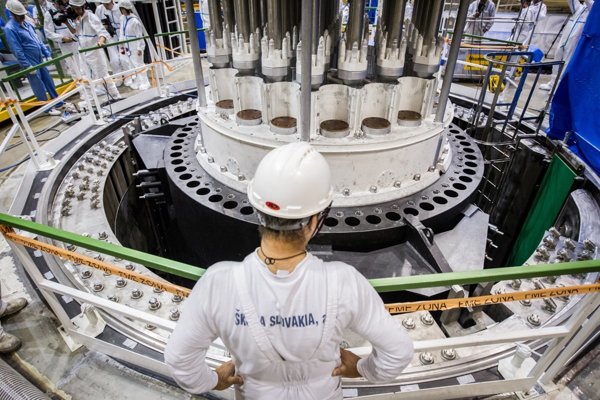 Slovenské Elektrárne (SE), the country’s main energy generator, has temporarily shut down the operation of several blocks of its nuclear power plants.

The second block of the Mochovce nuclear power plant was put out of operation on September 15. It is the last general temporary shutdown planned for this year, and will last until the end of October, the TASR newswire reported.

Moreover, SE temporarily shut down the fourth block of the Jaslovské Bohunice nuclear power plant due to plans to repair one of the steam generators. The work is expected to be finished by the end of this week, TASR wrote.

SE’s spokesperson Miroslav Šarišský confirmed for the Sme daily that the work in Jaslovské Bohunice does not endanger anybody’s health.

What work is planned?

In the case of Mochovce, a substantial amount of work is planned during the interruption of operation, including checks, exchanges and repairs of various components at selected devices of the nuclear block. A similar shutdown takes place every eight years.

The plan is also to remove the nuclear fuel from the reactor and the checking of the reactor’s pressure vessel and other components. Similarly to previous years, SE will replace part of the used nuclear fuels with a new one, TASR reported.

The work in both Mochovce and Jaslovské Bohunice is carried out by hundreds of employees and more than 700 people from supplying organisations.

After the planned maintenance and the replacement of nuclear fuel, the testing of the containment and primary circuit will be carried out, TASR wrote.