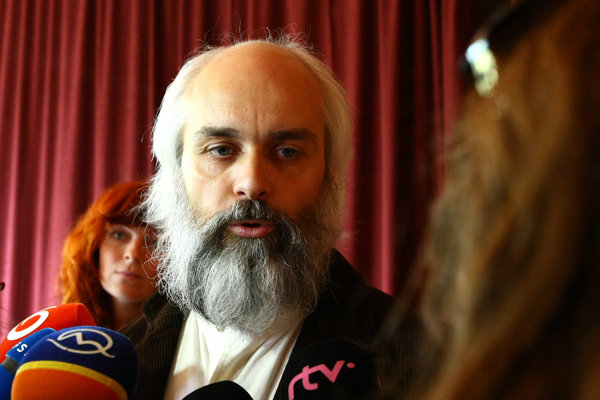 Since the beginning of September some neighbours living close to one of the houses in village of Očová near Zvolen noticed an unusual rush. Parents sending their children to the house in the morning and picking them up in the evening.

The house is not different from the others, except that the house number is in the colours of the Russian flag and there is a circus caravan in the backyard.

In fact, according to several witnesses, this is the new location of Elementary School Magurská 16, which uses the informal name of the School of Two Hands. The school has been making headlines since May after blogger Radovan Bránik described the child abuse.

Former director Aleš Štesko admitted that he beat one of his pupils and some parents testified that their children had become prematurely sexualised in the school, which turned into a closed community resembling a cult.

Despite all those witnesses and court hearings with Štesko the school has reopened its gates this school year. None of the competent authorities filed a motion to close the school.

“For the time being, we have not found any relevant reason as to why we should make a proposal to exclude the school from the school network,” Viera Kalmárová, the state’s main school inspector, told The Slovak Spectator.

She also promised that school inspectors will check the school’s new location.

“The school must work in accordance with the conditions,” Kalmárová said.

School in a house

After knocking on the door of the house, nothing happens for a long time. After several attempts, a dog starts to bark and after a moment the door is opened by a bearded guy in a shirt.

"I have not heard about any school called Two Hands,” he says. “Children do not study here.”

His neighbours, however, have confirmed that they have been hearing children’s voices behind the fence since the beginning of September and that there are dozens of children.