Production of the popular fermented drink made from fresh grapes, caused the death of a man from southern Slovakia, while rendering three others unconscious. 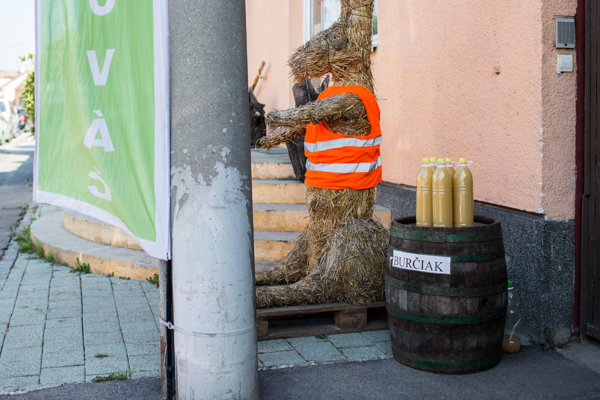 The tasting of half-fermented grape juice known in Slovak as “burčiak”, considered by small winegrowers as one of their greatest joys, turned into a tragedy in the village of Dulovce (Nitra Region) on the evening of September 20. Four men fell unconscious and one of them, the 76-year-old grower, eventually died after inhaling carbon dioxide released from the fermenting wine in his home cellar.

“A 68-year-old man remains in hospital, while the other two are recovering at home,” Nitra regional police spokesperson, Božena Bruchterová, told the TASR newswire.

What happened in the Dulovce cellar?

The grower was the first one to descend into the cellar for the burčiak but he took sick almost immediately. The 68-year-old man, his guest, rushed to help him, but he also became ill. A panic broke out in the house, and a 41-year-old man and a 16-year-old youth from the neighbourhood ran up to rescue the elderly men who had fallen unconscious.

The two – upon entering the cellar – lost consciousness as well, however. Fire-fighters and the medical emergency services, alerted in the meantime, eventually carried all four men out of the cellar and took them to hospital. The 76-year-old man died in hospital the next day.

Warning against burčiak – or rather carbon dioxide

The police issued a public warning against the noteworthy strength of the carbon dioxide released in the fermentation process on September 21.

“Unnecessary deaths occur every year in this season due to high concentrations of carbon dioxide produced by wine fermentation in small and closed rooms,” Bruchterová noted for TASR. “If inhaled, carbon dioxide can cause the person in question to lose consciousness, and eventually asphyxiate.”

Burčiak, usually containing 4-6 percent alcohol, is defined by Slovak law as a fermentation that must be produced exclusively from grapes grown in Slovakia.

The term “burčiak”, according to etymologists, is composed of two stems – “bur” and “džak”, the one referring to its stormy nature and the other giving thanks for the harvest.

Burčiak, as a strictly seasonal product lasting for only a few days, used to be consumed only in winegrowing regions before the emergence of fast transport and modern artificial cooling.