Fallen lines and engine fires: Slovak trains are not without incidents

Slovak rail carrier ZSSK is facing a massive wave of criticism after some recent accidents. 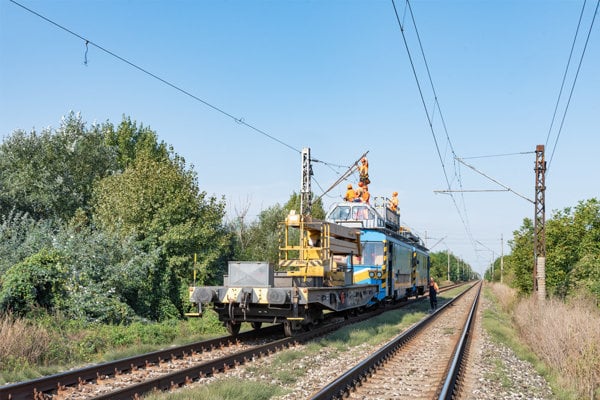 Fire on a train between Šaľa and Galanta. (Source: Courtesy of Železnice Slovenskej Republiky)
Font size:A-|A+

Passengers were stuck on a train for several hours due to fallen power lines while others had to flee the rails after an engine caught on fire. These recent events occurred on trains managed by the Slovak state railway company Železničná Spoločnosť Slovensko.

Thus, ZSSK has become a target of jokes on the internet again, ironically while the company is persuading people to switch from cars to trains in its latest campaign.

The railway company claims the accidents involve just a fraction of the amount of trains it expedites daily on the rails.

“People keep making calls here, children are crying, passengers quarrel with the train guards from time to time,” Klára Grausová described her ride on September 6 evening. “Nobody knows anything. Nerves escalate – we have been here for three hours already.” Grausová was stuck on a train in Bratislava because an international train close to the main station tore electric lines above all trains, effectively blocking all nearby rail transport.