Railway passengers can rent e-bikes on the train

Commuters on the route from the Capital to Senec can use e-bikes to get from the train station to work and back. 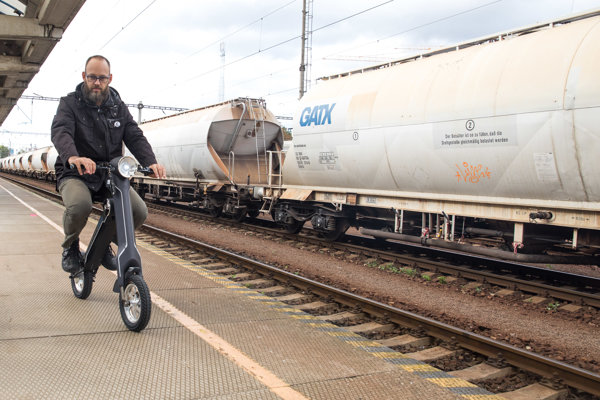 As of Monday, September 24, railway passengers travelling on the Bratislava – Senec route can rent an electric bike directly from the train under a pilot project, SmartCityBike. This should help them to move more effectively and ecologically in Bratislava.

SmartCityBike is the joint project of the rail passenger carrier ZSSK and the ICT company Antik Telecom.

“It is important to constantly bring innovations to public transport,” said Karol Martinček of ZSSK, as cited in the press release. “The bike-sharing project is one of these.” 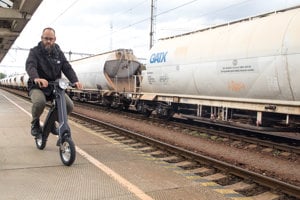 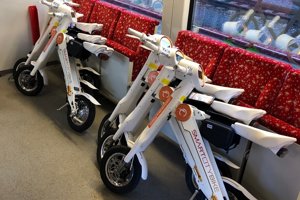 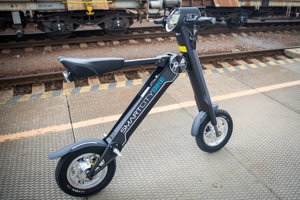 The new service will undergo its test run from Monday, September 24 to October 12, i.e. a total of 19 days. One train on this line will have six electric bicycles available, with a total of 12 included in the project.

Those interested can rent an e-bike via Antik Telecom's Antik CityBike application, available on the website of ZSSK.

After the pilot project is over, ZSSK will evaluate it.

“We’ll definitely need, in collaboration with our partner, to look for all the bugs,” said Marek Lukotka of ZSSK’s marketing communications department at a press conference on Monday, September 24, as cited by the TASR newswire. “We’ll see what surprises are in store for us, but I believe that there won’t be many problems and we’ll be able to resolve them in order to get this started as soon as possible.” 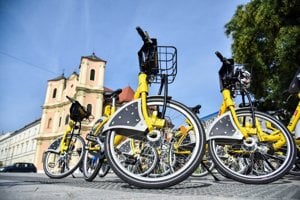 This is the second bike-sharing project to be launched in Bratislava in recent times. In early September, Bratislava city council launched the Slovnaft BAjk bike-sharing system, in cooperation with the refinery Slovnaft.