Rare hoopoes again nest on the island and fishes spawn in the re-opened Danube arm. 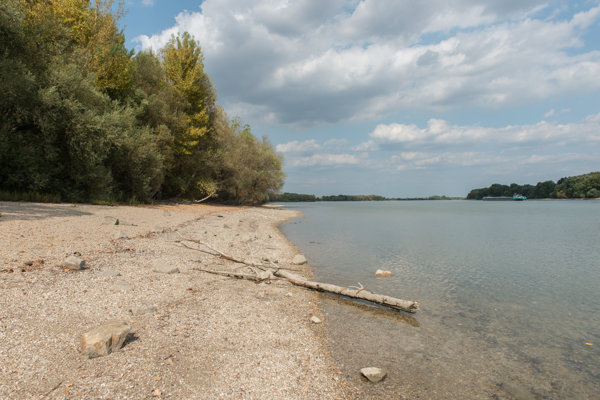 Veľkolélsky Island is bordered by the Danube River on one side. (Source: Jana Liptáková)
Font size:A-|A+  Comments disabled

While gold was once the main asset of this region, the foremost reason to visit Veľkolélsky Island in the Danube River near the southern Slovak town of Komárno today are its restored pastures and unique nature. This turns it into an extraordinary example of sustainable farming enabling, and even supporting, the occurrence of rare animals and plants.

Nevertheless, just recently the island’s picturesque nature was seriously endangered and there was a real threat that it would disappear completely. This was because after the adjustments of banks of the Veľkolélske Arm that divides the island from the mainland, and its disconnection from the river, life started to fade from the island. Weed and invasive plants started to grow over meadows when cattle ceased to graze on them. Thus vegetation grew too high and was no longer suitable for those bird species that need to move on the ground when nesting or looking for food. As a consequence they disappeared from the island. The river arm cut from the Danube with almost standing water was not suitable for spawning of fishes anymore. 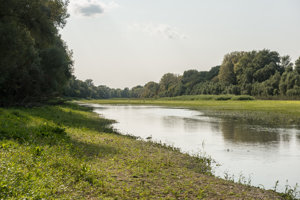 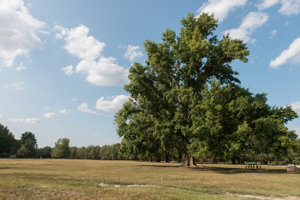 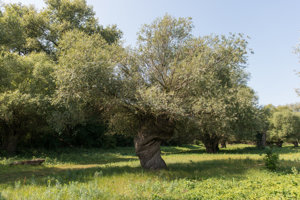 Fortunately, the non-profit organisation Regional Association for Nature Conservation and Sustainable Development (BROZ) took the initiative sometime around 2006. It bought some plots on the island and rented others and returned to the island the traditional way of farming in line with nature. Today they farm on all meadows and pastures and parts of forests, together a larger part of the island.

In 2014, in cooperation with the state-owned company Vodohospodárska Výstavba, they reopened the river arm. This created the conditions for the restoration of the original floodplain forests and wetlands and the return of the original species.

“To bring back some species, you have to put together a complete puzzle,” Andera Froncová from BROZ told The Slovak Spectator.

Today, horses, cows, sheep and goats are grazing again on the meadows of the island. Because each of them nibbles grass differently and has different excrement, creates conditions for life and reproduction of different species of insects. These bind up different bird species.

Thanks to biodiversity restoration, the original, but nowadays rare, species such as solitary clematis or hoopoe, are returning to the island. So far, BROZ has documented one nesting couple of hoopoe. Volunteers have already made wooden boxes for others. Now they are looking for suitable places.

“The hoopoe is coming back because there’s enough food here; it enjoys most the larvae it picks directly from the excrement of grazing animals,” said Froncová, showing excrement with paths created by larvae.

But for insects to thrive, the cattle must not be over-doped on antibiotics and odoriferous substances. Otherwise the insect will not survive in the excrement.

Conservationists returned to the island the Hungarian steppe cattle, which was originally bred here, as well as the original Slovak breed of horses – Huculs. Two water buffaloes, a breed originally from Asia, maintain the slopes of the Veľkolélske Arm in proper condition. Local people look after the cattle and the eco-farm, located just behind the protective dike on the Danube’s embankment. The restoration project gives work to the locals.

In areas on which BROZ farm, they plant original tree species such as white and black poplars, replacing the non-original poplars cultivated to grow fast for wood production.

“The original species of poplars differ from those cultivated by having more stable crowns and also allowing the nesting of large bird species,” said Froncová.

Majestically solitary oaks govern the meadows. Their age is estimated at 300-400 years.

“Because they have plenty of sunlight thanks to pasturing, they can grow their crowns on all sides,” said Froncová.

The star of all the calendars BROZ publishes annually is the oak from the meadow where the film Mahuliena, Golden Maiden (Mahuliena, Zlatá Panna), was shot in 1986. The main character of this fairy tale now gave the name of the bridge over the Veľkolélske Arm built in 2015 – Mahuliena’s Bridge.

Old willows, another typical feature of the island, have been nurtured toward systematic recovery and treatment. In the past, people cut their branches “at the head” to obtain fuel and twigs for basket production. This prolonged their life, and the willows naturally became hollow.

“Because the willow is nourished just below the bark, the entire inside of the trunk can become rotten and thus a home for a number of animals and insects,” explained Froncová. “This cause not make any problems to the tree.”

However, this part of the willows need human care. If their regular cropping ceases, their hollow trunks will break under the very thick and heavy branches and the entire tree will gradually die.

“We cut the willows again,” said Froncová. “Although the main reason now is not to have the wood and twigs like in the past, but to preserve life in their cavities.”

Away with the fortification of the banks

On the southern side, where the island is washed by the Danube, water managers fortified the banks with large rocks in the past. This fortification was to prevent the erosion of the banks, but some species of birds, especially the once common sand martin, did not have places where to nest any more.

“At about 80 meters, the fortification has already been removed,” said Froncová. “We have an agreement with the water managers on the removal of the remaining fortifications. Our most colourful bird – bee-eater – will be able to nest again on renewed perpendicular banks and gravel shore .”

What visitors can do on the island

Along the Danube embankment’s dike there runs the EuroVelo 6 cycling route. Since last year, cyclists and other visitors can stay overnight in the local camp in Veľký Lél just next to the island. BROZ built it with help of a grant from the Danube Fund grant programme. They also received the money for a pontoon from this grant scheme.

“We plan to build it in the bay next to Mahuliena's Bridge next season,” said Froncová. They have purchased canoes that they would like to use for excursions around the island. Due to the muddy shores, however, boarding is not very pleasant right now. The pontoon could also be used in the future by boaters sailing down the Danube.

In addition to boating, visitors can fish or watch birds, rent bikes, bathe in the Danube or ride horses. Riding camps are organised in summer. The local eco-farm offers schools excursions in nature.

The conservationists have many plans for the future. They want to build an information centre with an exhibition on Danube biotops in the former granary. Later they would like to build an eco-center and create conditions for sustainable tourism.