Unrelated to this, a relative of the reporter missing since April 2008, claims that he was murdered. 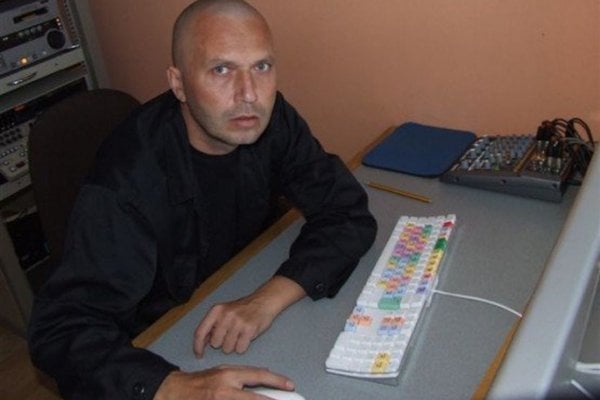 Journalist Pavol Rýpal, missing for more than 10 years, was probably murdered. His sister, Iveta Uhliariková-Rýpalová, is sure he died a violent death, and she wrote so on Facebook on Monday, October 8.

Police President Milan Lučanský, who for long years worked on the case of the missing reporter, also confirmed new information for the Sme daily. However, police do not mention murder.

“My brother was murdered”

“Now I know that my brother – investigative journalist Paľo Rýpal – is no longer alive. I know he was murdered,” Uhliariková-Rýpalová wrote on Facebook. She adds for Sme that a witness she managed to find also confirms the murder hypothesis; however, she declined to give details.

He was murdered near Zázrivá (the Žilina Region in northern Slovakia, according to Uhliariková, alleging that the case of promissory notes on which he had been working was behind the murder.

It seems that police have new pieces of information on Rýpal’s disappearance, but they are cagey about evaluating them.

“I have no information on Paľo Rýpal being murdered, Lučanský answered for Sme. “But it is possible that police have operative information to be checked.”

“Police work with a certain information is currently being checked but we will not specify more in detail,” the police communication department wrote in response to the additional question on whether the latest development, means that police checking the operative information suggests Rýpal’s murder.

As a journalist, Rýpal rose to fame in the Plus 7 Dní weekly, where he reported on various criminal cases. He worked for several publishing houses, while having several partial jobs in various media at the same time, Sme wrote.

Later, he worked for the private TV Markíza and public STV broadcaster, mostly in cases involving gangland. By the time he disappeared, he was a freelancer.

Rýpal came from the town of Rajec in northern Slovakia, which he last visited two months before he went missing. Later, he only communicated by phone or via emails.

Before he disappeared, he wrote a letter to the owner of the flat he rented. I am sorry but I have found no other way out,” he wrote. “You can dump my things,” he added, signing the letter.

Two weeks after he disappeared, Lenka Dale shot a report on him for TV Markíza.

By the time it was broadcast, someone on the staff of a hotel in the southern Slovak town of Štúrovo recognised him based on a photo. A bus driver who allegedly drove him from Ipeľský Sokolec to Salka pri Štúrove thinks he recognised him, too.

The Dunajská Streda gangs were mentioned in connection with his disappearance, then led by boss Ľudovít Sátor. Rýpal reported on the local Pápays gang and on Sátor, who allegedly ordered their murders.

Apart from Rýpal, another missing journalist is Miroslav Pejko, who last worked as editor on the Hospodárske Noviny daily when he disappeared in 2015.