Government proposes 2019 budget with a record low deficit, but without any crucial reforms

Balanced budget, first ever of independent Slovakia, planned only for 2020. 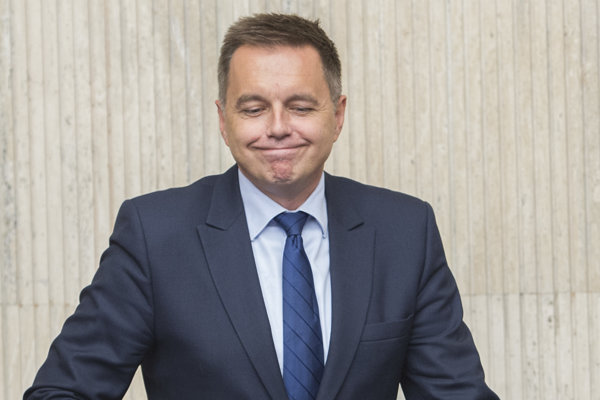 The opposition and some analysts criticise the budget, claiming that the current good economic times have set preconditions for the more courageous reduction of the debt and deficit. They also lack reforms the country needs to continue being competitive.

“From the viewpoint of big numbers the plans are fine, but large reforms, which will bear fruits after five years are missing,” Tatra Banka analyst Juraj Valachy told the Denník N daily. “We are talking about a special levy for retail chains, but not about the education reform. We are talking about higher pensions, but what about the road infrastructure and especially reconstruction of roads?”

Valachy also wonders why Finance Minister Peter Kažimír (Smer), for whom this should be his final budget as he eyes the post of the governor of the National Bank of Slovakia, why he did not submit a deficit-free budget already for 2019, since the difference is €100 million, while in terms of budget numbers this is not a high figure and investors would welcome this. 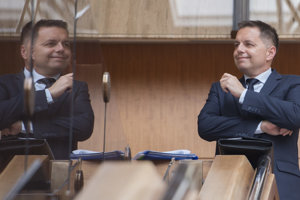 Prime Minister Peter Pellegrini considers the draft budget as balanced and accurately matching both the needs of the country and responsible fiscal policy.

“If someone asks why we don’t use these good times to pursue an even faster pace [to reach a balanced budget], I don’t see the reason for it,” said PM Pellegrini. “Slovakia meets its obligations stemming from its eurozone membership. Conversely, it is right for the economy if more money is coming into it and if our people have higher salaries because this will be reflected in greater domestic consumption that will support the growth [of the economy] next year to reach 4.5 percent of GDP after the launch of production in the Jaguar Land Rover car-maker.”

The increase of employment, growth of wages as well as better effectiveness in tax collecting helps the government achieve better figures. The Finance Ministry has estimated tax revenues by €560 million for 2018 and by €493 million for 2019. The draft budget is already counting with these increases, while revenues from the 2.5 percent levy of retail chains, expected to fetch €120 million annually, have not been included.

The gross debt of the general government should continue to decline in 2019, reaching 47.3 percent of GDP.

“Based on the parameters of the fiscal framework for the 2019-2021 general government budget, the gross general government debt is projected to fall to 44.8 percent of GDP at the end of the budgetary period,” reads the approved document.

The current draft budget anticipates better management this year by 0.23 percentage points. The deficit should reach 0.6 percent of GDP this year, while the budgeted target was 0.83 percent of GDP. The debt this year should go down under the lower penalty band of 49 percent since the Finance Ministry expects gross debt at 48.7 percent of GDP.