Visit a castle with 12-metre-long tunnel in the rock

Once important construction protecting the nearby border and road. 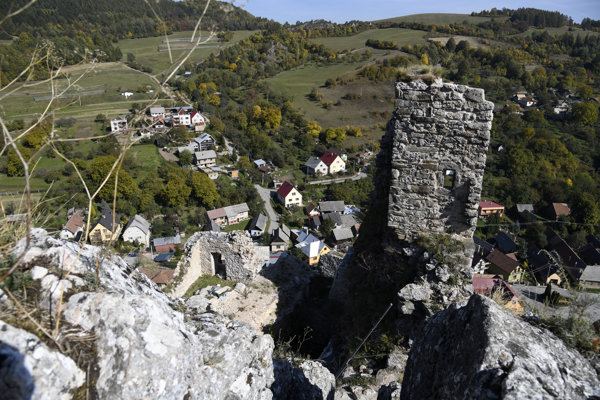 The unique remains of Lednica Castle may be found in Púchov county. About 6,000 people visited it during the summer season.

“This year the season was very successful. Many more tourists came, last year it could have been about 4,000 people,” said castle tour guide Ľuboš Červený, as quoted by the TASR newswire.

Also, a strange tourist phenomenon has occurred in the last years – tourists return to check how the construction work is going, Červený added. 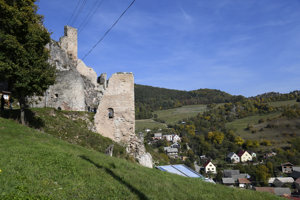 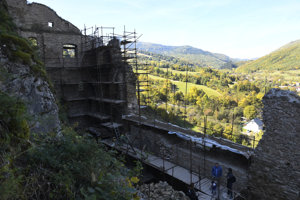 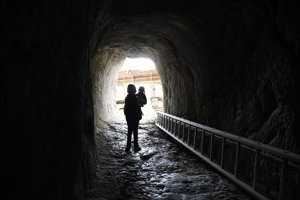 Tourists may contribute to the castle renovation, either by voluntarily donating money or buying a souvenir. Some tourists like to participate in reconstruction on their own.

“They can participate in voluntary work organized several times per year,” the guide explained for TASR.

Lednica Castle was built in the 13th century to protect the border and the road that led through the valley to the Czech kingdom. The castle has had many owners.

“Its biggest touristic attraction is a 12-metre long tunnel in the rock, which is the only access to the palace rooms,” Červený said, as quoted by TASR. Moreover, there are 80 stairs cut into the rock on its top, which led to the Straka (Magpie) watchtower. The watchtower is accessible today and offers spectacular views of the surrounding country.

Thank you for singing up. Shortly an email will be sent to the address you provided to verify your e-mail.
Error! Please try to register again later, your e-mail was not registered.
Your email is not in a correct format.
Please confirm you are not a robot.
Share on Facebook (133)Comments disabled