Slovakia is patching up holes in the labour market

The aim of the labour force mobility strategy is not to import cheap labour. 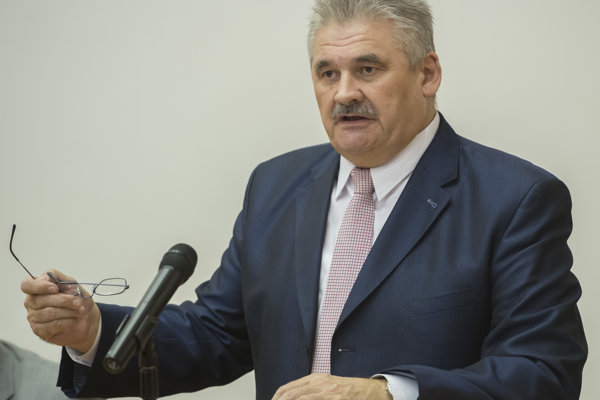 The aim of the draft labour force mobility strategy is not to import cheap labour from abroad that would cause social dumping, Labour Minister Jan Richter (Smer) said after the Peter Pellegrini cabinet approved the material prepared by the Labour Ministry on Wednesday, October 10.

Richter pointed out that the Slovak labour market has various specifics, including regional differences and the unemployed at labour offices often do not meet employers’ demands from the point of view of their training and education. Therefore, the government has decided to adopt this strategy.

“In the context of adopting this strategy, we aren’t interested in importing cheap labour,” said Richter, as cited by the TASR newswire. “This shouldn’t be at the expense of the Slovak unemployed. This is by no means an opening of the borders for all. The framework allows for an accelerated process of recruiting workers to jobs with a lack of labour force and only in districts where the unemployment rate is under 5 percent. This applies to more than 65 percent of all districts in Slovakia.”

Slovakia remains a V4 country that regulates the supply of legal labour from third countries in order not to cause social dumping.

“The target group of this strategy isn’t refugees or asylum seekers, but it aims to establish a specific vision, measures to regulate labour mobility of third-country nationals to the Slovak labour market,” said Richter.

A similar strategy has also been adopted by Finland.

Some amendments to the respective laws are expected to be submitted to the cabinet within one month while they might be advanced to parliament as early as the end of this year.

The ministry proposes several measures in the strategy. For example, the list of professions with a labour shortage should be updated quarterly, not annually. A duty to report a job vacancy to the labour office should be introduced since a potential central job portal would allow a more flexible response to the need to fill the vacancy. Companies should also give towns and municipalities information on the places of accommodation of staff from third countries. The conditions for the submission of documents on the education achieved should be adjusted and this duty should apply only to regulated professions in health care and education.