The most successful and longest-working Slovak coach announced he was leaving the national team of his own free will. 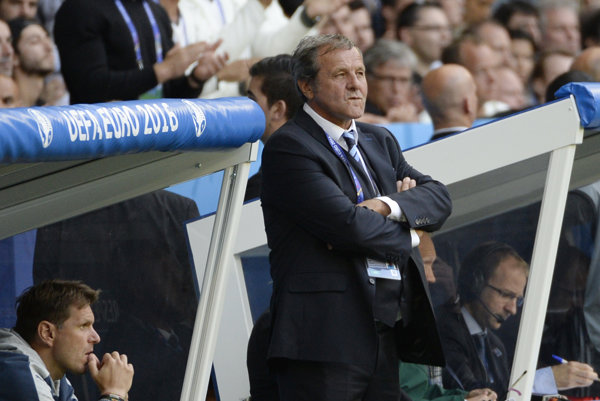 Ján Kozák resigned from the post of Slovak national football (soccer) team coach at his own request on October 14, the Slovak Football Association (SFZ) informed on its website.

On the same day, Kozák trained with the Slovak team but then asked for a meeting with the head of SFZ, Ján Kováčik.

Specific reasons for his resignation are not known so far, the Sme daily wrote.

“He told me he wanted to end as of now, and he cannot imagine continuing the in the function of coach,” Kováčik revealed for Sme, adding that he had accepted the resignation.

He will temporarily be replaced by Štefan Tarkovič, his incumbent assistant. As for the possible successor, the name of Czech coach Pavel Hapal has been mentioned, according to Sme.

Reasons for the step

The daily also speculates on possible reasons for the resignation, naming lack of support from the players and deepening conflicts or mental fatigue after such a long time in the position.

Also, the recent weaker performance of the team could be an issue, from the defeat in the fight for participation at the World Cup in Russia, to bad matches in the UEFA Nations League: apart from the friendly match against Danish amateurs – which cannot be included – the Slovak team recorded three defeats (Morocco 1:2, Ukraine 0:1, Czech Republic 1:2) all of them with the difference of a single goal. In none of them were the Slovaks considered the weaker team.

Moreover Kozák has always been sensitive about criticism and pressure from the public. During matches, the Slovaks reacted by hissing and booing, and with negative comments on social media – sometimes unjust and wrong and these could have played their part in the decision as well, the daily concludes, as reported by Sme.