Stano Maťašovská, who led the news section in public-service radio RTVS, has left her job, citing recent “pressure from some politicians” as the reason. This may be connected to last week’s controversial “handbook” on how to make a newscast. 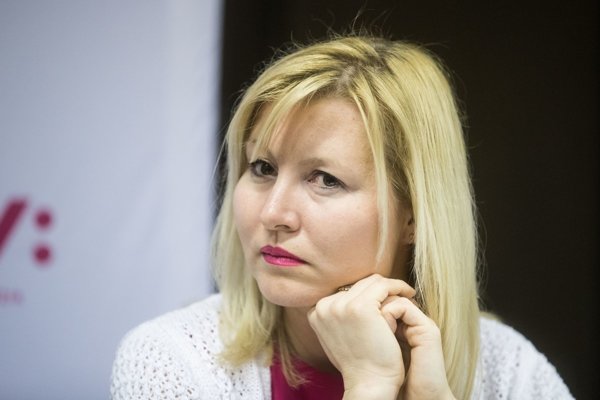 Pressure as motivation for resigning

“I decided to offer my resignation to the general director in order to protect RTVS against an unprecedented pressure from some politicians over the past couple of days,” Stano Maťašovská commented on her step. “Although it absolutely wasn’t based on the truth, it was harmful to the institution’s reputation and cast a bad light on the work of its employees,” she summed up, as quoted by TASR.

The reason was a leaked RTVS internal document entitled “Short News Service – a reminder of principles to be observed by editors preparing short radio news reports for RTVS”. The political opposition viewed the new rules as censorship of parties that are not part of the governing coalition; and Slovak media expressed indignation about the bias, too.

The former head of the newscast rejects the claim concerning a biased processing of information in the radio news service. “It’s nonsense, fabricated by somebody to damage RTVS and discredit me. Although I didn't write the incriminated section that has been garbled, I decided to take responsibility for it,” she stated.

Opposition parties Freedom and Solidarity (SaS), Ordinary People and Independent Presonalities (OĽaNO), Sme Rodina / We Are Family and independent MPs around Miroslav Beblavý called for Stano Maťašovská’s immediate dismissal. The opposition said it plans to initiate further political and legal steps, if she is not dismissed, including filing a criminal complaint and convening a special parliamentary session.

In response, RTVS said that some parts of the published text were inappropriately formulated, and thus gave scope for extensive misinterpretation. According to RTVS, the wording of the text in question was not in line with RTVS internal procedures and values. As a result, Stano Maťašovská was given a warning notice.

She had held the post of the RTVS radio news section head since October 2017, according to TASR.

The internal principles for preparing short radio news include a rule instructing reporters not to include opposition draft laws in the newscast unless they make it into their second reading in parliament. According to the RTVS internal document, signed by Stano Maťašovská, the opposition bills are often unsystematic and unprofessional, TASR wrote.

UPDATED: Vahram Chuguryan has been authorised to temporarily lead the radio news section. He is the incumbent head of the News and Journalism Section of the Slovak Radio, the Sme daily wrote, citing Erika Rusnáková. The team-leader to deal with daily routine operation is Oto Görner, she added.