The Special Prosecutor’s Office refuses to reveal when the chairman of Smer was interrogated. 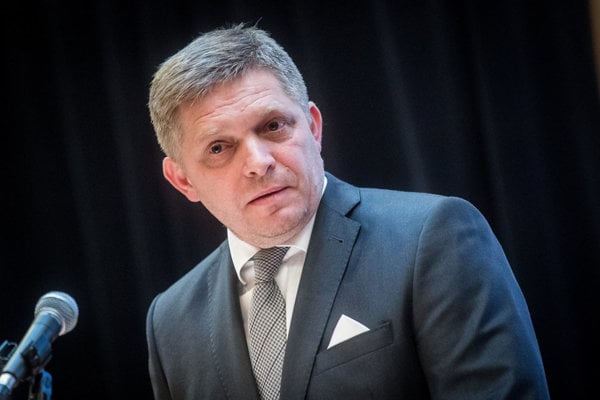 The chairman of the ruling Smer party and former prime minister, Robert Fico, testified for police after almost seven years in the highly publicised Gorilla case, spokesperson of the Special Prosecutor’s Office (ÚŠP), Jana Tökölyová, confirmed for the Sme daily.

Gorilla is the alleged file of the Slovak Intelligence Service (SIS) leaked on the internet in 2011. It explores the talks between politicians and head of the Penta financial group, Jaroslav Haščák, on kickbacks and corruption during the second cabinet of (rightist SDKÚ) prime minister Mikuláš Dzurinda in the wiretapped safe flat on Vazovova Street in Bratislava.

It could not be verified by police to what extent the content of the file is authentic.

The only politician mentioned among the flat’s visitors is then-opposition Smer party’s chair, Robert Fico. He has never directly answered whether he had been in the flat, or not. Penta has refused the authenticity of the file from the very beginning.

Asked by Sme, Tökölyová answered that both people had already been interrogated. Besides Fico, the daily wanted to know whether the former SIS agent and author of the file, Peter Holúbek, was also duly investigated. The latter was interrogated by police in July 2016.

The ÚŠP spokesperson did not say when police organised hearings for Holúbek and Fico, arguing the preparatory phase was not public.

Former head of the Gorilla investigation team, Marek Gajdoš, complained that the prosecutor of the case ordered him to stop dealing with the case for some time when he wanted to talk to Fico.

Spokesman of the Smer party, Ján Mažgút, did not tell Sme, either, when Fico was interrogated by police.

Fico himself keeps repeating that the Gorilla case is the scandal of the second Dzurinda cabinet, and that even if he was in the Vazovova Strete flat, there was no compromising information relating to him.

Fico and his secretary

A recording from the wiretapped flat offers further insight into the relations between Smer and Penta, through talks between Haščák and Fico’s secretary, František Határ, in which the former offers the latter the sponsorship of the party. According to the file, the now deceased Határ explained the money would be unofficial, and a week later, he got the money in cash from the businessman.