President: The government was willing to rely on fascists

The justice minister blames the president and some professionals for the failed vote on the changes to the election of Constitutional Court judges. 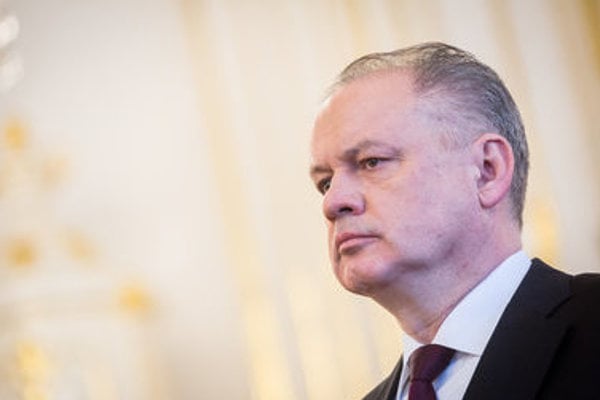 Though the ruling coalition failed to fulfil its promise to make the selection of the candidates for the posts of Constitutional Court judges stricter, President Andrej Kiska is ready to use all constitutional powers to contribute to a higher quality court.

The result of the October 23 parliamentary vote, in which only 55 MPs backed the change, should be a big warning, he stressed during the October 24 press conference.

“For the sake of holding on to power the ruling majority was willing to rely on support from fascists,” Kiska said, as quoted by the SITA newswire.

The constitutional principle based on the democratic system of checks and balances remained untouched only thanks to some chaos in voting, the president added, referring to the fact that the proposed change to exclude the president from the process of electing new Constitutional Court judges was not passed.

At the same time, Kiska reminded the MPs that they have to elect 18 candidates for the posts that will become vacant after next February, stressing that the candidates should meet both professional and moral criteria for the function, as reported by SITA.

President to meet with law and judicial organisations

Kiska also recalled one of his previous statements, that the willingness to set the rules of appointing the judges in order to make the Constitutional Court impartial, independent and high quality, will be a signal from the politicians towards the rule of law principle. 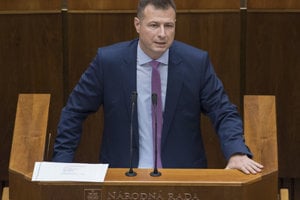 This is where the parliamentary majority failed, the president opined. Slovakia is still suffering from a deep distrust in the rule of law and that to navigate society from this crisis is a national task. This can be achieved when people will be sure that the state will protect everybody, regardless of who interfered in their rights, as reported by SITA.

Moreover, the president said he plans to summon a meeting of law and judicial organisations and call on them to propose quality candidates. Slovakia has many high quality lawyers who would be able to perform in the post professionally and fairly, he added.

The changes were a step forward, Gál opines

Justice Minister Gábor Gál feels sorry that the MPs failed to pass the amendment concerning the new selection of the Constitutional Court judges. In his opinion, the changes were a step forward compared with the current situation.

At the same time, he denied the claims that he would discuss his proposal with the far-right ĽSNS of Marian Kotleba, as reported by SITA.

Good and professional candidates can be picked under the current rules, Gál added.

The justice minister stressed that several factors influenced the result of the October 23 vote, mainly the fact that the opposition did not support it despite previous discussions.

He criticised the negative campaign, which in his opinion was started by some professionals and Kiska called it below-average.

Read also:What do you need to know about the Constitutional Court changes? Read more

“They thus blocked the approval of our good proposal,” Gál said, as quoted by SITA. “The opposition also admitted that it was good and if the democratic opposition had not played needless political games, we would have a functional, stricter and more democratic system for electing Constitutional Court judges.”

Despite the failure, the MPs managed to approve some positive changes, Gál added, stressing mostly the change to the rules of procedure and broadcast the grilling of candidates during the parliamentary constitutional committee’s session live.

The American Chamber of Commerce (AmCham) in Slovakia, as a signatory of the Rule of Law Initiative, is deeply concerned with the manner in which changes to the election of Constitutional Court judges were proposed.

“We see the last-minute proposal that came in during the latest parliamentary session as disrespectful to the Constitution, violating the current parliamentary rules of procedure as well as clearly contradicting the principles of rule of law, which were explicitly included in the government manifesto,” reads the statement provided to The Slovak Spectator.