Amid celebrations of the centenary of the first Czechoslovak Republic, their visit almost went unnoticed by official institutions. 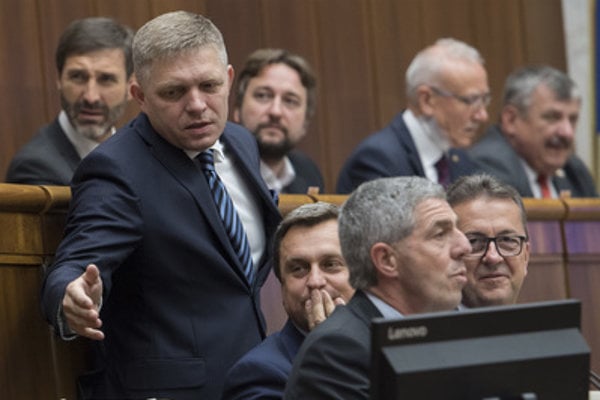 Apart from a single photo from their visit to Cuba featuring both of them with President of Cuba Miguel Diaz-Canel, no further details are known about their visit to this communist country, the Sme daily wrote.

Neither the parliament, nor the Foreign Ministry know the reason of their foreign trip, what they are dealing with, and what their itinerary is.

In reaction to reports of Cuban media and a story run by the Sme daily, Fico wrote on Facebook on October 29 that they are at a fair in Havana. The Fair of Havana, or FIHAV, is the most important Cuban commercial fair and representative of Latin America and the Caribbean. It takes place from October 29 to November 2 this year, according to Sme.

Fico and Blaha with the Smer delegation arrived in Cuba before the fair began, probably sometime last weekend.

Why Cuba? Why now?

Fico has had a close relationship with Cuba for a long time. Ten years ago, he celebrated at the Cuban Embassy the revolution that catapulted communist dictator Fidel Castro into power in 1959, Sme wrote.

Explaining the issue, Fico wrote in a Facebook post that they all came to Havana on the occasion of the important fair, in which representatives of tens of countries from all over the world participate. Their goal has been to support good ties with the Cuban republic, and especially Slovak investments, which are among the most successful in Cuba, according to the ex-prime minister.

He stressed the honour of being received by the Cuban president, and added that they also met the local Minister of Foreign Trade and Foreign Investment, Rodrigo Malmierca Díaz.