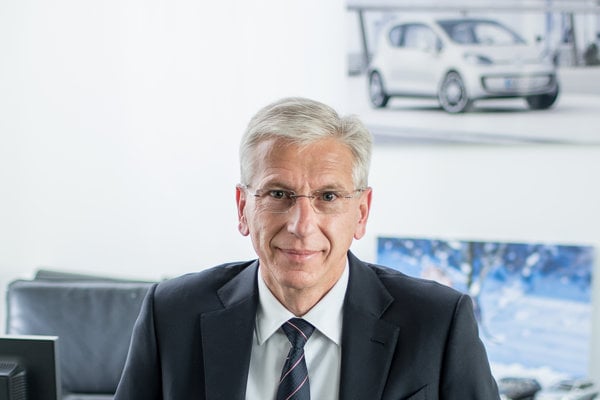 The Slovak Spectator (TSS): How do you assess the year 2017 and thus far 2018 in the automotive industry in Slovakia?

Alexander Matušek (AM): The year 2017 in the automotive industry was stable. Car production again exceeded one million passenger cars. The suppliers’ sector again did not only supply components to carmakers in Slovakia but also to those beyond the borders, exporting 60 percent of its production. The development so far this year has been very similar, though the launch of production in the brand new facility of the British-Indian Jaguar Land Rover in Nitra in late October may affect results of the automotive industry already for 2018.

TSS: What does the arrival of this carmaker means for the automotive industry in Slovakia?

AM: Firstly it means strengthening Slovakia’s focus on industrial production. The new investor is bringing in new technologies, systems and ways of cooperation. This enriches existing carmakers as well as suppliers. Moreover, along with the investor, its traditional suppliers are coming to Slovakia; we believe that this will be an opportunity for existing suppliers, too.

TSS: What are the biggest challenges the Slovak automotive industry faces?

AM: In the short-term view, the biggest challenges are the influence of Brexit, as

the industry depends on what conditions the European Union and United Kingdom agree on, and the threat of imposition of tariffs on cars imported to the USA.

In the long-term view, the development of the automotive industry, not only in Slovakia, will be affected by legislation adopted by the European Commission on reduction of emissions in road transport and increase of safety measures that will impact future systems of mobility and their propulsion systems. It is important to add that the behaviour of drivers and expectations of the younger generation will have an influence on the future of mobility too.

TSS: How do you see the future of cars with diesel and, in general, combustion engines? Not only have members of the European Parliament agreed on the 40 percent reduction of CO2 emissions in new cars by 2030, but also an increasing number of European cities are banning diesel cars.

AM: These are two different things. Diesel vehicles produce less CO2, i.e. the emissions targeted by the just negotiated EU legislation, than petrol ones. Thus a higher market uptake of diesel vehicles with modern technologies for particulate filtration and elimination of nitrogen oxide emissions would open more opportunities for carmakers to reduce CO2 emissions from automobile transport. On the other hand, the aggressive campaign launched against diesel vehicles disinforms potential buyers and directs them to other alternatives, including petrol cars. It is also necessary to add that diesel bans in cities do not apply to modern diesel technologies, as is often presented in the media.