Slovak businesses are satisfied with the euro

The majority of respondents would adopt the euro again if Slovakia did not already have the EU’s currency. 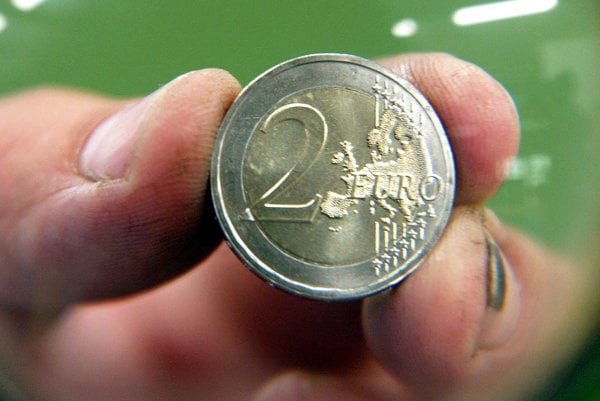 Businesses are satisfied with the decision to adopt the euro as Slovakia’s currency 10 years ago, according to a survey from September and October 2018 carried out by the Datank company for the ČSOB bank. More than 300 people responded.

One-third of respondents expressed their overwhelming satisfaction with adopting the euro, while nearly half of them are rather satisfied with this decision, the SITA newswire reported.

The survey suggests that the majority of respondents would agree on adopting the euro again if Slovakia did not have the EU’s currency.

“If there was another referendum on the new currency, nine out of 10 business people would choose the euro,” said Koloman Buzgó, corporate client solutions manager at ČSOB, as quoted by SITA, adding that 56 percent of respondents have not experienced any weaknesses of the euro adoption.

The elimination of the problems with exchange rate differences, easier cross-border trade, less bureaucracy and smoother travelling were regarded as the biggest assets of the euro, while the respondents described the increase in prices in particular as a negative effect of the euro since its adoption in Slovakia, SITA reported.

Although Slovaks believe the euro is partly behind the price increase, actual figures have revealed something different.

When the euro was adopted in 2009, the economic crisis tailored off around that time, which actually slowed down the price increase, said ČSOB analyst Marek Gábriš, as reported by SITA.

While the harmonised inflation rose to nearly 4 percent in 2008, in the two years after the euro adoption, it remained below 1 percent. The prices grew at 4 percent again in 2011 and the year after. Inflation then decelerated, and prices even went down year-on-year in 2014-2016.

ČSOB carried out a similar survey in the Czech Republic last year. Only over 40 percent of business respondents would welcome the euro there, compared with 80 percent of Slovakia’s respondents, SITA wrote.