Derelict skeleton of unfinished shopping centre in Nitra will be completed

The resumed development will bring in shops, apartments and parking. 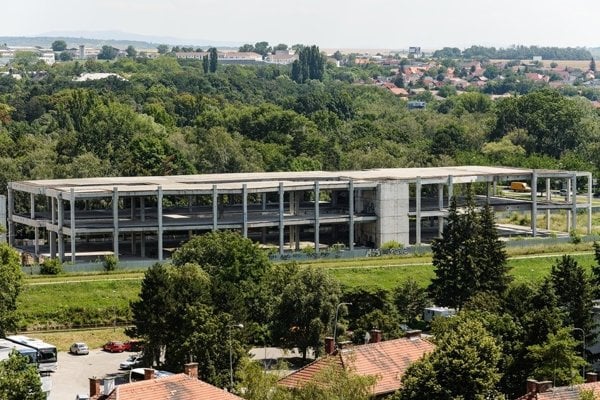 After more than a 10 year break, construction work on the derelict skeleton of an unfinished shopping centre in Nitra will resume. The developer Living Park will rebuild it into a complex named Promenáda Living Park, combining shopping with housing. It has already obtained a construction permit, the SITA newswire reported.

Originally the shopping centre City Park was designed to be built at the location. Its construction started in 2007, but after the arrival of the economic crisis it ceased in 2008. Since this time the derelict skeleton has uglified the embankment of the Nitra River.

The new project consists of a three-storey shopping centre, three detached apartment blocks with 90 apartments and a parking house. From the side of the river the development will be flanked by restaurants with terraces.

The original project did not involve apartments. Construction should last two years, as unneeded parts of the skeleton will be pulled down.

“The opening is planned for the fall of 2020,” said Peter Kuliffay from the development company Living Park, as cited by SITA.