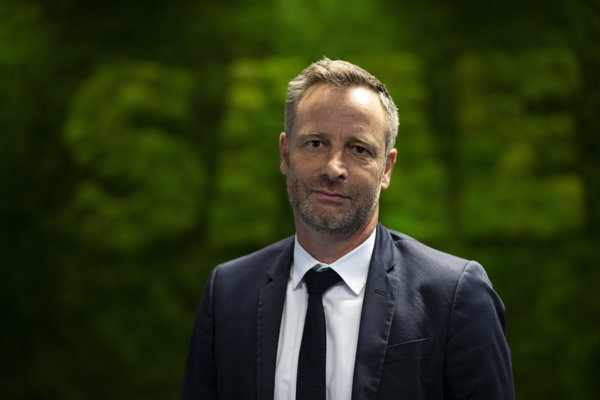 Markus Spillmann is the IPI Executive Board chair. He was editor-in-chief of the Neue Zürcher Zeitung (NZZ) and a member of the management board of the NZZ Media Group from 2006-14. (Source: SME)
Font size:A-|A+

Markus Spillmann is the IPI Executive Board chair, who together with other representatives of this organization visited the memorial of Ján Kuciak and Martina Kušnířová in Bratislava on Friday November 2.

This murder is a demonstration that the fight against journalists has already crossed the line and now it is the public’s turn to make it clear that people will not tolerate such crimes, according to Spillmann.

TSS: What is your impression of the media situation in Slovakia?

Markus Spillmann (MS): The overall situation is not that dramatic as it is in other countries in the region. That doesn’t mean that this situation is good. Even in Slovakia we see oligarchs taking over news outlets, the consequent pressure against journalists and their ongoing harassment.

Read also:Smother impunity before it can breathe Read more

Of course, there is also the murder of Ján Kuciak and Martina Kušnírová, clearly related to Ján Kuciak’s work. He was not murdered because he was wealthy or something like that. He was killed because he was a critical journalist. This was a dramatic moment not only for Slovakia but also for the rest of Europe. The death of journalists in western democracies like Slovakia and Malta was very shocking.