Ian Johnson will talk in Slovakia about the ideas, faiths, and values that underpin China's rise. Register now for the lecture for free.

Subject of lecture: The Rise of a New Superpower (China is now the world's second-largest economy and a major player in the world, but what are the ideas, faiths, and values that underpin its rise? What are the ideas and hopes of its people? For thirty-five years, Pulitzer Prize-winning author Ian Johnson has been traveling to China, and has lived there for a total of twenty years, giving him insight into the enormous changes that have turned the world's most populous country from an impoverished land into the world's newest superpower.) 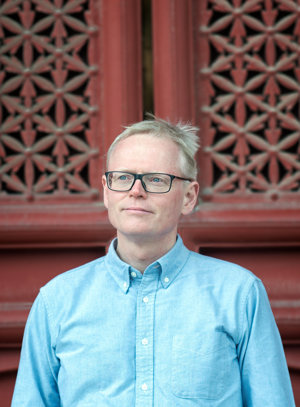 Ian Johnson is a Pulitzer-Prize winning writer, focusing on society, religion, and history. He spent nearly twenty years in China as a student and later a newspaper correspondent for The Baltimore Sun and The Wall Street Journal, where he covered macroeconomics, China's WTO accession and social issues.

In 2009, Johnson returned to China, where he currently writes for The New York Times, The New York Review of Books, and other publications. He teaches undergraduates and runs a fellowship program at The Beijing Center of Chinese Studies, and advises several academic journals and think tanks.

Johnson also worked as a freelancer in Germany for several publications and later contributed to The Wall Street Journal as Germany bureau chief and senior writer, focusing on European macroeconomics and Islamist terrorism.

He was nominated for the Pulitzer Prize twice and won it in 2001 for his coverage of China. He also won two awards from the Overseas Press Club, an award from the Society of Professional Journalists, and the Stanford University’s Shorenstein Journalism Award for his coverage of Asia in 2017.

The Pulitzer Prize-winning author has published three books, including Wild Grass, A Mosque in Munich, and The Souls of China: The Return of Religion After Mao, which describes China's religious revival and its implications for politics and society. He has also contributed chapters to: My First Trip to China, Chinese Characters, and the Oxford Illustrated History of Modern China.