Slovakia commemorated the centenary of the end of WWI with several events. 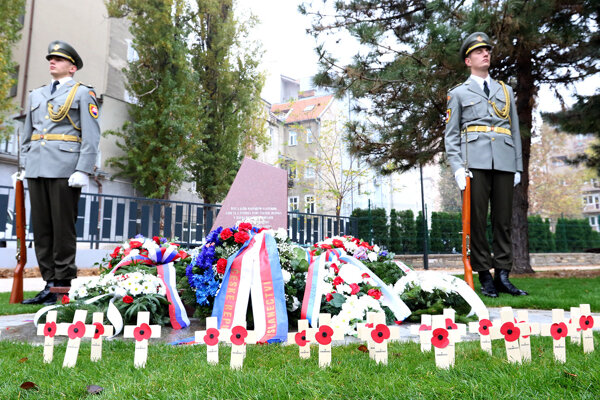 Strong nationalism, the arrogance of some world leaders and their desire to control new territories and power were among the main reasons why World War I started, said Slovak President Andrej Kiska who attended the celebrations in Paris to mark the 100th anniversary of the end of the conflict, held on November 11.

In his opinion, remembrance of these events should be used as a lesson.

“They were probably short-sighted when they thought that such a conflict would end after several months,” Kiska said, as quoted by the TASR newswire.

As he reminded his audience, the four-year conflict claimed more than 10 million lives, including more than 70,000 in Slovakia. It also left thousands of widows and orphans.

“For me it was a very good moment when I saw how world leaders are sitting at one table,” Kiska said, as quoted by TASR, when commenting on a ceremonial lunch attended by French President Emmanuel Macron, US President Donald Trump, Russian President Vladimir Putin and German Chancellor Angela Merkel.

No place for the world wars’ barbarism

International relations in the 21st century should be based on dialogue, cooperation and the principles of humanism. There is no place for the barbarism of the two world wars, reads the statement of the Foreign Affairs Ministry issued on November 11.

As a result, Slovakia’s foreign policy advocates the principles of efficient multilateralism and the support of the UN as its basic pillar, as reported by the TASR newswire. 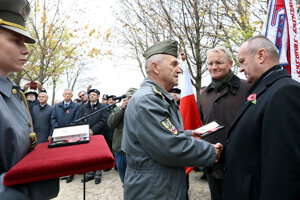 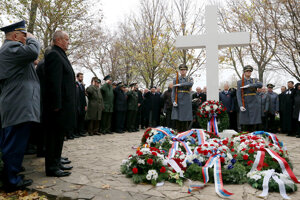 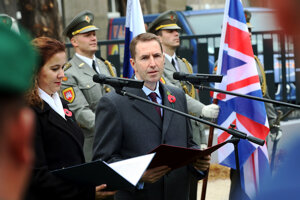 Despite the horrors of WWI, the factors resulting in the eruption of the war have not been removed.

“Nationalism, the conflict between world powers, political extremism, the spread of racial and minority hatred and the disrespect of international law led to a cataclysm that was worse than the first conflict,” the ministry continued, as quoted by TASR, adding that they are concerned about some dangerous tendencies that seemed to have disappeared long ago but are again beginning to surface.

The bells were ringing

The ceremonial events took place in various places across Slovakia. For example, Defence Minister Peter Gajdoš attended the ceremony held at the military cemetery in Bratislava’s borough of Kopčany on November 11. He also participated in the 5th run to honour war veterans.

“I’m very glad that we’ve met here again to pay tribute to those who died in the fight for peace and freedom,” Gajdoš said, as quoted by the SITA newswire.

Moreover, on the occasion of the centenary of the end of WWI and British Remembrance Day, the bells of St Martin’s Cathedral in Bratislava rang at 13:30 on November 11. In addition, British Ambassador to Slovakia, Andy Garth and his German colleague Joachim Bleicker remembered the anniversary with a short remembrance service in front of the church.

“The United Kingdom celebrates Remembrance Day every year in November to pay tribute to those who died in war conflicts,” said Monika Holečková, press attaché of the British Embassy in Slovakia, as quoted by SITA.

The commemorative events took place at several sites in Slovakia on November 11, including the memorial in Bratislava’s borough of Čunovo, which reminds of the fall of a British RAF Wellington bomber in 1944, which claimed the lives of all five crew members, the embassy wrote in a press release.