The railway company ŽSR is leasing land next to railway stations for low rents to support the use of public transport. 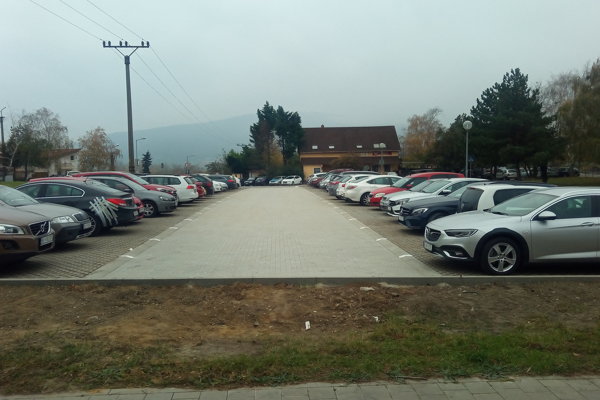 A new car park was put in operation next to the railway station in Devínska Nová Ves, a borough of Bratislava on Monday, November 12. It can accommodate up to 41 cars and drivers can use it free of charge. The car park is a joint project of the local municipal office and the railway company ŽSR. It is one of the first examples of car parks being built next to railway stations which the railway company ŽSR launched this March.

“The aim of our cooperation is to contribute to the solution of the bad traffic situation in Bratislava and its vicinity and to improve access to the railway station,” said ŽSR general director Marin Erdössy, as cited by the TASR newswire. “This way we can draw more passengers onto the trains. We offer them an advantageous combination of car-train travelling and thus relieve the streets of Bratislava from the brunt of the passenger cars.”

The car park was built by the local municipal office on land rented from ŽSR under advantageous conditions. It will pay an annual rent of €240.68 with the contract being for 10 years with a possibility to extend it by five more. The office will cover maintenance of the car park from its coffers.

The local railway station had few parking places until now. The new car park should inspire the residents of Devínska Nová Ves to use trains instead of cars when travelling to the city centre.

Devínska Nová Ves, formerly a separate village that is now part of Bratislava, is about 15 km away from the city centre. It takes about 12 minutes to get from there to the city’s main station by train.

ŽSR has addressed 90 municipalities and offered them the possibility of increasing the number of parking places on its land next to their railway stations. So far, 47 have showed interest.