Kia kicks off production of the new ProCeed model

More than 300 workers participated in the training held at a Korean research centre. 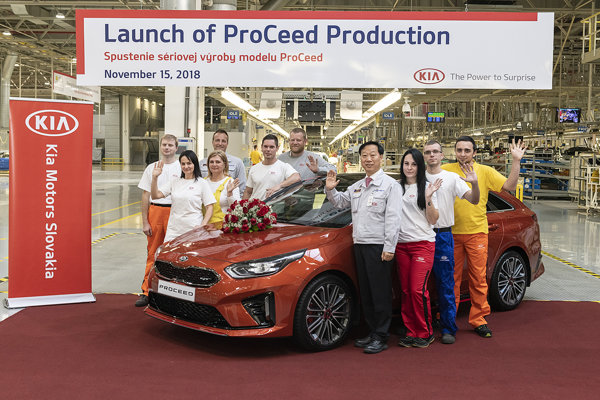 The newest model of the Kia ProCeed has rolled off the production line of the carmaker’s plant in Teplička nad Váhom, close to Žilina. The third generation of the ProCeed model has already had its premiere at the Paris motor show, while European customers will be able to buy it in the first quarter of 2019.

“For us, the launch of the newest Kia ProCeed model is a successful conclusion to this year’s efforts,” said Dae-Sik Kim, president and CEO of Kia Motors Slovakia, as quoted in a press release.

The car was designed in Germany 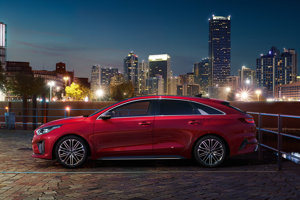 The new ProCeed inherited its name from the previous generation three-door Kia pro_cee’d coupé that also used to be produced at the Teplička nad Váhom plant. There were more than 190,000 made in the first two generations.

“We started preparations for serial production of the ProCeed model in our plant at the end of last year by modifying the production lines,” said Roman Kraľovanský, chief of production for Kia Motors Slovakia, as quoted in the press release.

More than 300 workers participated in the training at the research centre in Namyang, South Korea focusing on the launch of the serial production of the new model. Their important task was to reveal in advance possible shortages that could occur during serial production.

Kia Motors Slovakia intends to continue with its investment activities with plans to spend almost €200 million. Besides launching new car models, Kia Motors Slovakia has opened its own healthcare centre in the plant compound where employees may use modern equipment to help prevent professional diseases. 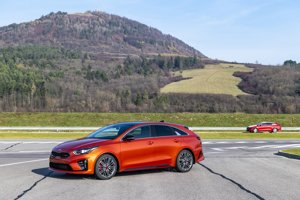 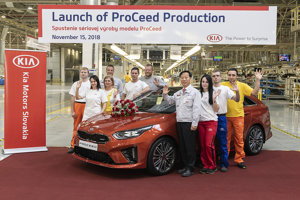