Detainees may end up in prison for a maximum of eight years for praising Adolf Hitler and expressing hatred. 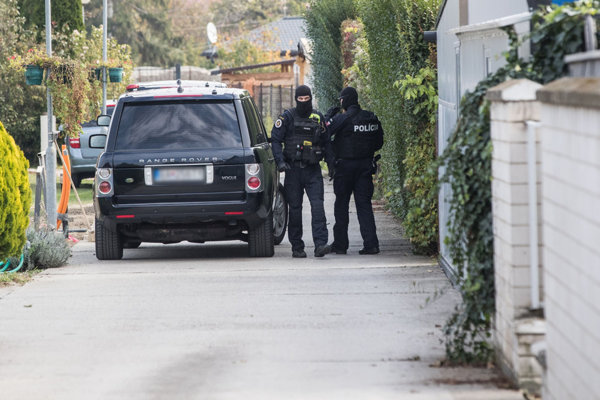 The counter-terrorist unit of the National Criminal Agency (NAKA) detained 15 people in the Hooligan raid in connection with establishing, supporting, and promoting a movement that suppresses fundamental human rights and freedoms, the SITA newswire reported.

The police raided 17 houses and another 14 premises on November 20, charging all 15 people arrested with extremism.

If they are found guilty, the detainees could be sentenced to four to eight years in prison.

“The members of this group used modified fascist symbols, which they publicly promoted by using flags, posters, wearing clothes, or using rally cries, predominantly at sports events,” the police wrote on Facebook.

Some of them got extremist symbols tattooed on their bodies, the police said.

All the detainees are also suspected of creating a group by the name of Felvidéki Harcosok (Upper Hungarian Warriors in English), through which they encouraged an ideology of hatred against minorities and suppression of fundamental rights, the police said.

“For example, they praised Adolf Hitler, defiled Jews, and expressed hatred against them and dark-skinned people, Slovaks, or Romanians,” the police added.

They made use, in particular, of social media to spread and show hatred. In the posts and comments, they furthered the extremist content in various forms.