Monuments of Banská Štiavnica are also a source of his inspiration. 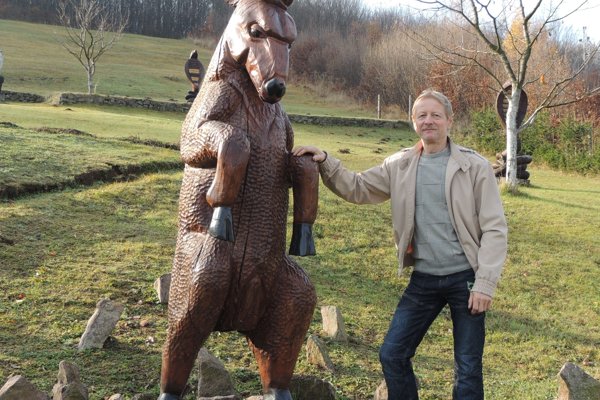 Ľubomír Spišiak from Banská Štiavnica transformed his garden in the village of Banský Studenec into a gallery. Woodcarving, a craft that his son learnt, caught the attention of the former miner and he decorated his garden with dozens of wooden sculptures of various sizes.

“When we bought this garden, we thought of putting in some sculptures to prevent it from being empty,” said Spišiak, as quoted by the TASR newswire.

They started with smaller items like mushrooms and fruits. His son helped him with everything. Later, other art pieces appeared in the garden – life-sized sculptures. The most significant is probably the sculpture of a bear, which could be easily mistaken for a real animal. 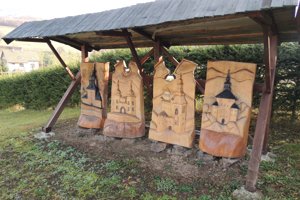 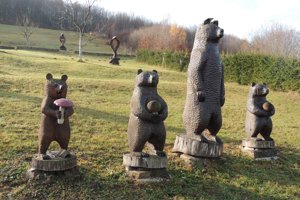 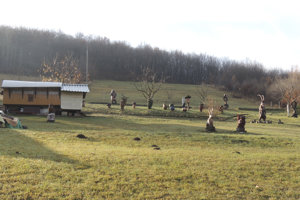 The sculptures of the bear family, cobra and Capricorn, which was the last sculpture added to the garden, also catch one’s attention. Sculptures are mostly craved from oak wood and treated by various coatings to resist various weather conditions.

Besides sculptures, Spišiak does reliefs. Four of them can be seen under a shelter in the garden. They are made of an ash tree and of Banská dominant landmarks of Štiavnica, like Calvary, klopačka (a building with a wooden board inside, a counterpart to a colliery buzzer, which produced a tapping sound to remind miners that they should begin working), Old and New Castle.

“The history of the town is enormous,” Spišiak opined, as quoted by TASR, explaining why he decided to start with Štiavnica monuments.