They might confirm the authenticity of the file questioned by the financial group Penta and several politicians. 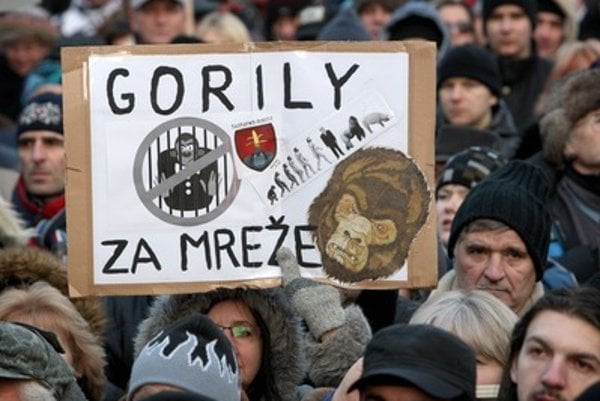 During house searches at premises owned by controversial businessman Marian Kočner, the police found a USB flash drive with the recordings whose content is identical to the transcripts contained in the Gorilla file.

The news was broken by the Denník N daily, which referred to several sources from law enforcement bodies.

Gorilla is the alleged file of the Slovak Intelligence Service (SIS) leaked on the internet in 2011. It details conversations between politicians and head of the Penta financial group, Jaroslav Haščák, on kickbacks and corruption during the rule of the second cabinet of Mikuláš Dzurinda in the wiretapped safe flat on Vazovova Street in Bratislava between the years 2005 and 2006.

How did Kočner obtain the recordings?

The police carried out the house searches in connection with the investigation of the murder of investigative journalist Ján Kuciak and his fiancée, Martina Kušnírová, Denník N wrote. They did not want to officially comment on the recordings as the case is managed by the Special Prosecutor’s Office. 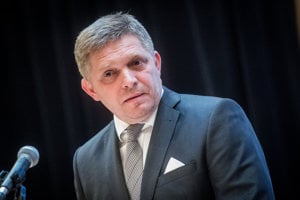 Spokesperson for the Special Prosecutor’s Office Jana Tökölyová commented that the house searches have been carried out in connection with the murder investigation.

“This is why the prosecutor’s office will not comment on finding the recordings for now,” Tökölyová told Denník N.

At the same time, the Gorilla case is the only case supervised by Special Prosecutor Dušan Kováčík, the daily pointed out.

SIS, which reportedly authored the Gorilla file, has been telling the police for years that it does not have the recordings from discussions in the flat. However, the criminal prosecution against former counter-intelligence unit of SIS Ľubomír Arpáš , suspected of selling them to Penta, has been launched, according to Denník N.

It is not clear for now how the recordings appeared in Kočner’s safe. However, there were some suspicions in the past that Kočner had the recordings and could use them to blackmail other people, Denník N wrote.

The authenticity of the Gorilla file has been questioned by Penta and several politicians. The existence of the recordings would confirm it, the Sme daily reported.

“Nothing has changed in our stance on the Gorilla case. We have already commented on all information published in the alleged Gorilla file,” Penta told Denník N.

One of the main characters featured in the file, ex-economy minister Jirko Malchárek, has refused to comment on the recordings, telling Sme that he is not interested.