The retailers will now have to pay 2.5 percent of their net turnover. 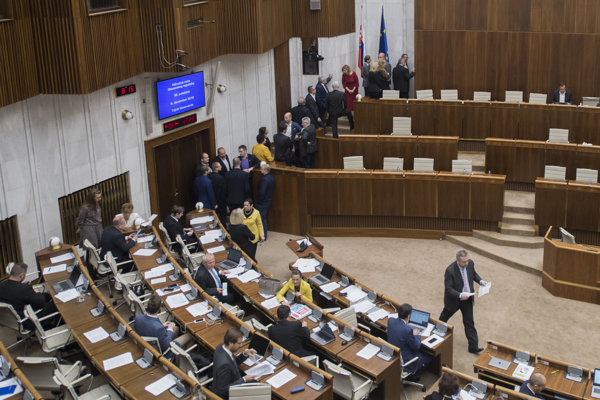 Some retail chains will have to pay 2.5 percent of their net turnover as of January 1, 2019.

MPs have approved the law introducing the levy, authored by the Slovak National Party (SNS). Due to several amendatory proposals submitted by coalition MPs, the new levy will apply only to those retail chains where at least 25 percent of revenues are comprised of food sales and which have shops in at least 15 percent of all districts, the SITA newswire reported.

Moreover, the definition of “retail chain” was narrowed compared with the original proposal. It excludes small and medium-sized enterprises, shops in the companies and retail shops that sell only one range of food. Also shops in the less-developed counties will be excluded from paying the levy.

The Finance Ministry pushed through its proposal that the special levy on retail chains should be considered a tax expense only after it is paid, SITA reported.

Fine from the EC?

“This levy is absurd, illegal, inappropriate, illogical, harmful and non-systematic,” said Jana Kiššová of Freedom and Solidarity (SaS), as quoted by SITA.

She warned that it will increase food prices and Slovakia may be fined by the European Commission. The reason is that the law will become effective on January 1, 2019, and the EC should have been notified about it two months ago.

The net income from the special levy has decreased significantly from the original proposal. It will be less than €50 million instead of the the originally planned figure of €118.5 million, according to Radovan Baláž, who submitted the law.