The elections were not the end. Municipalities, beware!

How can a regular citizen prevent abuse of power in self-government? 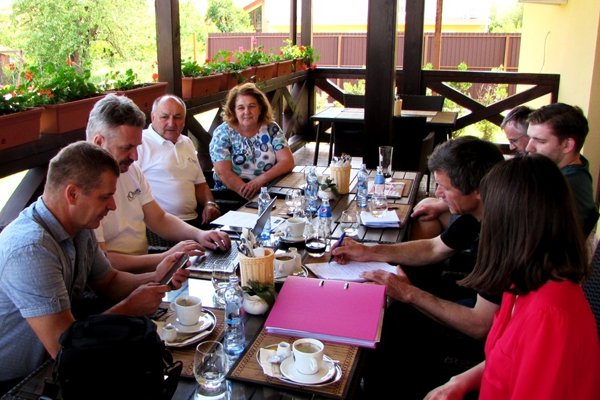 Recent municipal elections brought change to many cities and villages. Even though many hope for better times now, nothing should be left to chance.

"A village or a town does not belong to the mayor only," remarks Vladimir Spanik, Chairman of the Board of Directors of ZOMOS. Every citizen has the right to participate in meetings of municipal and town councils and express their opinion. "It is the participation of citizens in municipal meetings, which prevents attempts to abuse power."

Villages are at risk, particularly

ZOMOS, the Association of Citizens of the Towns and Municipalities of Slovakia, works to improve public control by educating activists and citizens directly in towns and villages. It was founded by "ordinary" citizens, who, according to their words, were unhappy with their self-governments. They realised that the majority of the attention is paid to the towns and that the small and even smaller villages and municipalities are completely forgotten. "We have always known that a village is different from a town. There, where mayors are not controlled at all, nothing prevents them from stealing without a shame," says Spanik.

ZOMOS works in municipalities, in which citizens do not have the opportunity to express their opinions, and tries to persuade local MPs and mayors that what these manners lead only to a failure in the next election.

Active citizens, the key to success

First of all, however, according to Mr. Spanik, citizens must take interest in public affairs. As citizens, we can deal with the ineffective handling of the property of the municipality only by concentrating pressure on the transparency of the municipal authority, by requiring reasonable communication, and by monitoring the published invoices, orders and contracts.

"The citizens must occasionally come to a council meeting and push so that both the meetings of the representatives and the meetings of the commissions are open to the public and the citizens are able to make suggestions during proposals of problem-solutions. Especially in small villages, citizens should use the opportunity to comment on draft budgets or generally binding regulations," says Spaniard.

Do not be afraid to ask for help

If citizens spot any abusive behavior outside the law, they should not be afraid to contact law enforcement authorities and, in some cases, the public prosecutor's office in the local government.

ZOMOS also offers help to active citizens in towns and villages. "People often invite us to their living rooms and pubs, explaining what has been happening, so that we can tell them how to defend themselves," says V. Spanik. Together, they try to find ways and means to prevent abuse of power.

If you like the ZOMOS activities, you can support them at the occasion of the International Day of the Fight against Corruption (the 9th of December). Just click on the link with password “Support“. The association's activities are also supported by the Transparent Slovakia Fund, which strives for transparency and a healthy business environment in Slovakia.