How can we improve the integration of foreigners in Bratislava?

Municipalities recognise there is a lack of outreach on the part of administrators to foreigners, but the problem goes both ways. 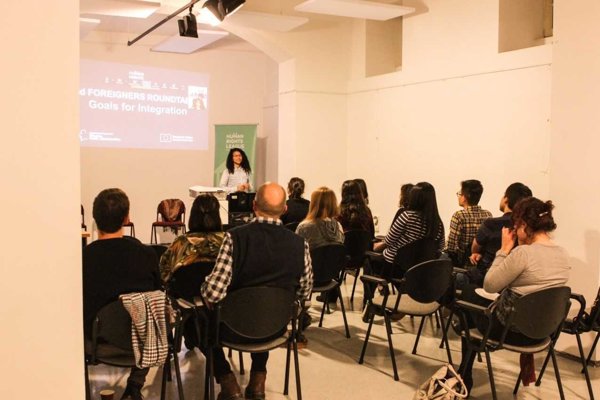 Bratislava may be small compared to other European capitals, but more and more foreigners are moving to the well-positioned city, transforming it into an international hub with a booming, multicultural population.

However, being a foreigner in Bratislava is not without its challenges.

On December 6, the Human Rights League hosted a round table discussion for foreigners centred around the process of integration and language acquisition in municipalities, two topics listed among the main concerns in a survey it administered to foreigners in Bratislava.

This is the second round table of this nature hosted by the civic association, the first of which focused on the voting rights of foreigners in the recent municipal elections.

Hate speech is one of the concerns

In the survey and subsequent research through the KapaCity project, the Human Rights League found that many foreigners in Bratislava believe the city has huge potential, but there is a greater focus on city development rather than social cohesion in the capital. 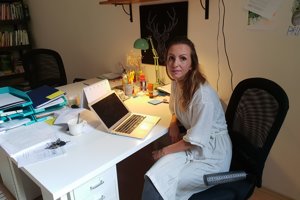 Read Also: We want foreigners to integrate but we do everything to see them fail Read more

"Bratislava authorities have always declared that it is an open city but we see no specific activities to welcome new inhabitants. So, there is a big space for us to improve things," said Elena Gallová Kriglerová, a researcher involved in the KapaCity project.

Other challenges listed include a lack of support for the socially-disadvantaged, a lack of housing and quality healthcare, and a continued language barrier among administrative workers.

Some foreigners also grapple with hate speech in the capital, which the league believes is a point for further discussion.

Interestingly, it also found that municipalities recognise that there is a lack of outreach on the part of administrators to foreigners. However, they believe this problem goes both ways: not enough foreigners are contacting municipal officials directly with their concerns.

Dealing with the administration in Slovakia, including the Foreigner’s Police, can be a challenge for many foreigners as English is not widely spoken among administrative workers.

However, foreigners wishing to learn the Slovak language have several resources available to them, some of which were presented at the round table discussion. These include Mareena, a civic association that provides intensive, 10-week Slovak courses, and the International Organisation for Migration (IOM), which offers free language classes for non-EU citizens.

In order to improve language acquisition among administrative workers, the Human Rights League has also proposed providing language and intercultural training sessions for city workers who deal directly with foreigners.

The attendees of the round table also brainstormed several solutions to common problems foreigners and municipalities face.

Ideas for ways foreigners can make themselves visible to the municipality included joining and creating more sports/leisure clubs, volunteering, and contacting media and public resources.

As for language assistance and what services municipalities could provide to lessen the language barrier, foreigners proposed more informal conversation hours, English classes and workshops for administrative workers, and a greater amount of Slovak language courses.

Suggestions for services municipalities could offer foreigners upon arrival included providing a welcome package where important resources are listed in one place, and implementing an English helpline and app, along with a physical resource (such as a social worker) that can help foreigners throughout the entire integration process.

These ideas will be presented to the municipality in the coming months in an effort to improve integration efforts for foreigners in Bratislava.