Surveys show young people are more prone to falling for extremism. A project by several participants of the For a Decent Slovakia initiative now want to change this. 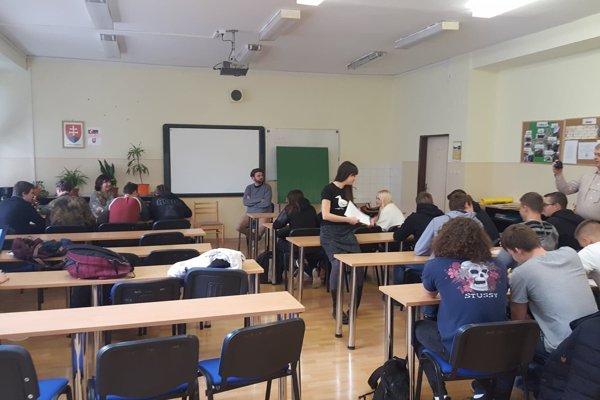 Quick solutions and no regard for their consequences is what young people often fall for when deciding what parties to vote for. Some people from the For a Decent Slovakia initiative in the regions plan to change the way the younger generation thinks about politics, and involve them in open discussion. They are especially focusing on vocational schools.

The Slovak Spectator spoke about the project with teacher and translator of Norse literature, Eva Lavríková, who helped organise the For a Decent Slovakia gatherings in Bánovce nad Bebravou.

In this interview, Eva Lavríková talks about:
-the popularity of conspiracy theories among students in secondary schools
-why it is important to talk with young people about the importance of politics in their lives

The Slovak Spectator (TSS): How did you come up with the idea to launch the project in secondary vocational schools?