Accident on the Danube: A pontoon with a restaurant floated down the river

Firefighters stopped it after several hours. 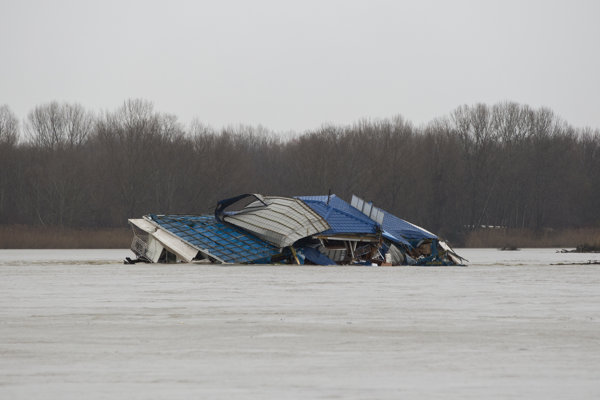 A floating pontoon with the popular restaurant Knajpa, situated on the Danube between the Eurovea shopping centre and Apollo Bridge, broke loose on December 25 and drifted downriver for eight kilometres.

After hitting a Romanian ship, it split into two pieces. At the same time, a mass of drift wood got stuck between the helm and the propeller, which only complicated the work of about 20 firefighters who tried to stop the pontoon.

They succeeded only after several hours. 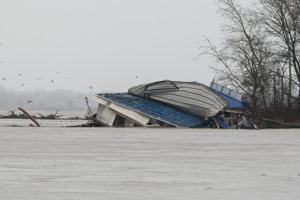 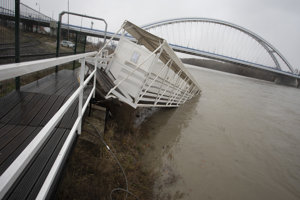 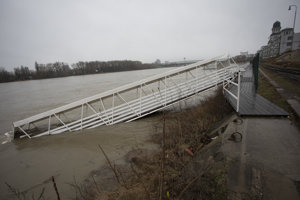 A pontoon floated down the Danube on December 25 (7 photos)

“Firefighters managed to catch and anchor both parts of the pontoon on the left bank close to the Jarovecké Rameno river arm,” said Zuzana Farkasová from the Fire and Rescue Corps Presidium (HaZZ), as quoted by the TASR newswire.

The police have not launched any criminal prosecution yet, as Lucia Mihalíková, spokesperson for the Bratislava regional police department, told TASR. The accident could have been caused by some object floating in the river, as some media outlets reported.