Doctors have signed contracts with the state-run insurer

The weeks-long dispute has come to an end.

After weeks of discussions, about a thousand doctors have decided to bring the disagreement with the state-run health insurer Všeobecná Zdravotná Poisťovňa (VšZP) to its end by signing contracts with the insurer.

"We have come to this conclusion to prevent a decline in the quality and availability of health care for the insured," said Zuzana Dolinková, head of the Union of Outpatient Providers (ZAP), which unites most of the doctors who have been refusing to sign contracts until recently, as quoted by the Hospodárske noviny daily. 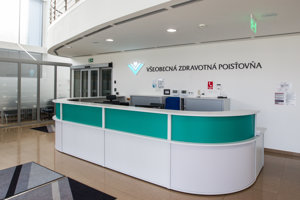 Read also:Hundreds of doctors do not have valid contracts with VšZP Read more

Only four doctors, a general practitioner and three specialists, are still refusing to agree on the contracts with VšZP. As a result, the health insurer has already recommended that patients find new doctors.

The newly agreed rules should become effective in July of this year.

Ľubica Hlinková, VšZP head, guaranteed that the situation would not repeat in future, as reported by Hospodárske noviny.

If the doctors and VšZP had not reached any agreement, both sides could soon face high fines as a sufficient number of doctors, including specialists, have to be available in each region.